What They're Trying To Do 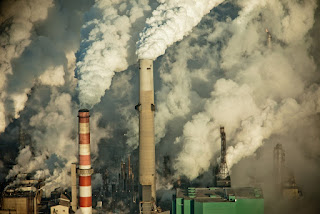 In the wake of the stand off over the Kinder-Morgan pipeline, Paul Krugman provides some important economic insights:

Not that long ago, calls for a move to wind and solar power were widely perceived as impractical if not hippie-dippy silly. Some of that contempt lingers; my sense is that many politicians and some businesspeople still think of renewable energy as marginal, still imagine that real men burn stuff and serious people focus on good old-fashioned fossil fuels.

But the truth is nearly the opposite, certainly when it comes to electricity generation. Believers in the primacy of fossil fuels, coal in particular, are now technological dead-enders; they, not foolish leftists, are our modern Luddites. Unfortunately, they can still do a lot of damage.

As recently as 2010, it still consistently cost more to generate electricity from sun and wind than from fossil fuels. But that gap has already been eliminated, and this is just the beginning. Widespread use of renewable energy is still a new thing, which means that even without major technological breakthroughs we can expect to see big further cost reductions as industries move “down the learning curve” — that is, find better and cheaper ways to operate as they accumulate experience.

Recently David Roberts at Vox.com offered a very good example: wind turbines. Windmills have been around for more than a thousand years, and they’ve been used to generate electricity since the late 19th century. But making turbines really efficient requires making them very big and tall — tall enough to exploit the faster, steadier winds that blow at higher altitudes.

And that’s what businesses are learning to do, via a series of incremental improvements — better design, better materials, better locations (offshore is where it’s at). So what we’ll be seeing in a few years will be 850-foot turbines that totally out compete fossil fuels on cost.


In the United States, the fossil fuel industry owns the Republican Party. In Canada, that industry has invested in both the Conservative and Liberal Parties. The smart money knows that it can't stop the transition to renewable energy. But it can slow it down.

And that's exactly what it's trying to do.

Image: National Observer
Posted by Owen Gray at 9:04 am

.. every year we fly out of Pearson, southbound to Turks n Caicos Islands
as we settle in, I look at the shores of Lake Erie
and see the astonishing number of wind turbines
both sides of the lake
Plus were in Point Pellee last spring
driving and afoot

In the Turks.. however, nada
yet it has endless sun and constant trade wind
and yet they must import American oil for electricity
and zero desalinization for fresh water
unless powered by that American oil..
zero solar power happening

Why? There are monopolies and factions
and corrupt government entrenched
Its Canada in microcosm in terms of population
and domestic agriculture is essentially frowned upon
There is no domestic tomato or lettuce, no avocado or vineyards

Hell, the fresh fish there are shipped to Miami for processing
then shipped back, frozen..
Riddle me that, Batman ..
And look at how we operate in Canada eh..

The fossil fuel industry greases a lot of palms, Sal. And those palms will not construct wind turbines.

In various European countries like Scotland, Germany and even England, the development of very large windmills has been going on for years, if not decades. Many are placed out at sea where the wind blows constantly. Scotland has finally learned to profit from its storms.

Canada is stuck at about 1970 and still regards alterative energy as some sort of startling social experiment.

Precisely, ffd. We're not talking about science fiction. Renewable energy is here. We simply have to make the switch to it -- and that is going to upset some entrenched interests.


The transition from fossil to alternative energy is going to be tumultuous. With some $27 Trillion of proven fossil fuel reserves subscribed on the world's stock markets and bourses wiping out most of that value will send shocks through the global economy. Yet it must be done.

The recently retired head of the Potsdam Institute, Schellnhuber, warned those fresh faced delegates and politicians at the 2015 Paris climate summit that, laudable as their 1.5C target was, they wouldn't even have a decent chance at 2C without an "induced implosion" of the fossil energy giants. I suppose that was his way of stating "the road to hell is paved with good intentions."

As for our chances of Schellnhuber's 'induced implosion' consider that we can't even get our petro-politicians to stop throwing subsidies at the fossil fuelers. Trudeau dispatched Morneau to Texas to offer cash incentives to keep Trans Mountain in the works. When they can sucker our pols that easily with cheap threats which in a criminal court might be termed extortion they have nothing to fear from governments moving to shut them down.

The fossil fuelers have been hedging their bets for decades, Mound. And they don't intend to lose.