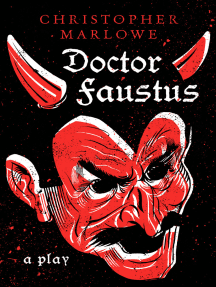 Republicans are threatening to let the American government default on its debt. Paul Krugman writes:

The crisis could be very severe. It’s not just that the federal government would run out of money, forcing curtailment of essential services. U.S. government debt plays an essential role in the global financial system because Treasury securities are used as collateral in financial transactions around the world. During the brief Covid-induced financial panic of March 2020 interest rates on short-term Treasuries actually went negative, as frightened investors piled into the safest assets they could think of.

Make U.S. debt unsafe — make the U.S. government an unreliable counterparty, because its ability to pay its bills is contingent on the whims of an irresponsible opposition party — and the disruption to world markets could be devastating.

The Republicans are ruthless. And Krugman writes, they  have one goal -- to make things worse:

So ask yourself: If a party doesn’t care about the state of the nation when the other party is in power, and it knows that its opposition suffers when bad things happen, what is its optimal political strategy? The answer, obviously, is that it should do what it can to make bad things happen.

Sometimes the sabotage strategy is almost naked. Consider Ron DeSantis, governor of Florida. DeSantis has done everything he can to prevent an effective response to the latest pandemic wave — trying to block mask and vaccine requirements, even by private businesses. Yet this hasn’t stopped him from blaming President Biden for failing to end Covid.

And now comes the debt crisis. Nobody has ever accused [Mitch] McConnell of being stupid. He knows quite well just how disastrous failing to raise the debt limit could be. But the disaster would occur on Biden’s watch. And from his point of view, that’s all good.

Lots of smart people have made Faustian bargains.

Email ThisBlogThis!Share to TwitterShare to FacebookShare to Pinterest
Labels: The American Debt Crisis

Republicans are not the only ones intent on having bad things happen to Americans. The Democratic party could lift the debt ceiling without GOP support, but that would require eliminating the Senate filibuster rule. But they won't do that because so-called Democratic moderates Manchin and Sinema want to keep it. There's nothing moderate about preventing your own party from passing its agenda. These senators are extremists who have made the same Faustian bargain as McConnell, and for the same reason - money. They're paid to bring on disaster by people who stand to profit from it.

It takes money to achieve power, Cap. And power brings corruption with it.

The term Ugly American has never been more relevant, Owen. The U.S. has turned its guns on both the domestic and international community.

Something has gone terribly wrong there. Golding's tale about little boys burning down the island is being retold, Lorne.

Party politics is a Faustian bargain.

My first thought was this is just the usual Republican theatre: Republicans in Congress and the Senate are not that crazy. then I suddenly thought, actually US Republicans seem to have almost no connection with reality. They might actually do it.

Of course if they do it is the end of the USA as a superpower. I don't know what China's situation is with treasury debt but I have read that Russia has been get it out of dollar holdings and also has been stocking up on a lot of gold.

The rest of the world will never trust the Americans again, not that many countries do anyway

The Republicans are self-destructive, jrk -- simply because they're mad as hell.

I see the Republicans have "done a deal" on the budget. I guess it was just the usual Republican theatre. Mich Mc is not quite as delusional as the rank and file.

McConnell isn't stupid, jrk. But he is monumentally cynical.