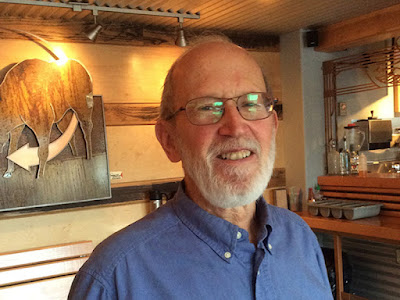 There are some commentators who believe with Tennyson's Ulysses that it's "not too late to seek a newer world." Murray Dobbin was one of them. Seth Klein and Shannon Daub write:

On Sept. 8, our good friend and comrade Murray died at age 76. Murray was not ready to leave, but after two-and-a-half years the inexorable brutality of cancer led him to choose medical assistance in dying to end his life on his own terms.

Murray’s fighting spirit, sharp intellect and unwavering values guided him through decades of work in service of a better world. We read him and heard him before we knew him. The man we read and listened to on the radio and giving speeches directed his righteous anger at the neoliberal project unfolding in the 1980s and ’90s. But the man we got to know was mostly of good humour — still with a strain of that suitable outrage, but kind and supportive.

Less known were the countless hours and many years Murray spent donating his time on the national boards of the Canadian Centre for Policy Alternatives, the Council of Canadians, and Canadians for Tax Fairness. In 2001, Murray was a key architect (along with Judy Rebick, Jim Stanford, Svend Robinson and Libby Davies) of the New Politics Initiative, an endeavour to renew the NDP and strengthen its connections to social movements.

His longtime friends Davies and Kim Elliott, in a lovely tribute they wrote on Rabble, recall, “He was a giant of the Canadian left, and had a profound influence on contemporary thinking and action.”

He will be sorely missed.

I am lucky to have met Murray when he was promoting the Catch22 scenario.

The (ultimately hopeless) call to unite against Harper and bring in Pro-Rep in the 2011 election.

While my experience in that brief outing has soured me on 'organized' strategic voting/Leadnow etc., I liked and admired Murray.

He was a man of principles, PoV. And he stuck to them.

A very nice tribute, Owen. Somehow I missed the news that Dobbin had died.

I missed that news, too, Lorne. His was a strong and consistent voice for justice.