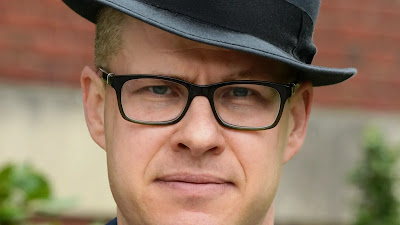 Max Boot writes that he used to be optimistic about his country's future. No more:

As the ads for mutual funds say, past performance is no guarantee of future results. We need to take seriously the possibility that the United States could become a failed democracy, if only to avert that dire fate. There’s a good reason that 85 percent of respondents in a recent survey said the country is headed in the wrong direction.

A lot of the gloom and doom is due, of course, to the high rate of inflation, which will subside in time. But there are more intractable problems, too, such as the persistence of racism and income inequality. That we have far more gun violence than other advanced democracies and yet can’t implement common-sense gun-safety regulations (such as a ban on military-style assault rifles and high-capacity magazines) is a damning indictment of our democracy. So, too, is our failure to do more to address climate change even as temperatures spike. When we do act, it often makes the situation worse, not better.

Unleashed by a right-wing Supreme Court, Republican legislatures around the country are repealing or restricting abortion rights. This is producing horror stories that I never thought I would see in the United States. A woman in Texas had to carry a dead fetus for two weeks because removing it would have required a procedure that is also used in abortions. A woman in Wisconsin bled for more than 10 days after an incomplete miscarriage because medical staff would not remove fetal tissue. A 10-year-old girl was raped in Ohio and had to travel to Indiana to get an abortion.

These are the kinds of human rights violations we would be protesting if they occurred in other countries. That they are happening in the United States is an ominous sign of what lies ahead, because other countries in recent years that have taken away abortion rights — Poland and Nicaragua — have also taken away political rights.

For over two centuries, Americans have liked to see themselves as residents of a shining city on a hill. But there is little light there these days. Boot writes:

I used to be an optimist about America’s future. Not anymore. There’s a good reason that so many people I know are acquiring foreign passports and talking about moving somewhere else: The prognosis is grim.

We seem to be sleepwalking to disaster. If we don’t wake up in time, we could lose our democracy. Just because we’ve avoided a breakdown in the past doesn’t mean we will stave it off in the future.

This opinion comes from a man who used to live on the hard right of the political spectrum.

Email ThisBlogThis!Share to TwitterShare to FacebookShare to Pinterest
Labels: Max Boot On The Future Of The United States

I recently saw a pic of Margaret Atwood wearing a button:
"I tried to warn you."

Although Max Boot may disagree, the US lost its democracy in 2000, when the right-wing members of the Supreme Court stopped the vote recount in Florida and decided the outcome of the presidential election. Bush v Gore convinced Trump that if he got one of his ridiculous voter fraud challenges to the Supreme Court, they'd call the election for him. Under current "rules," unless Democrats win by a landslide, Republicans will take the outcome to the courts for a decision. That's not a functional democracy.

There were plenty o people who sent out warnings, PoV. There were lots of fools who weren't listening.

Trump has established a precedent, Cap. Losers can now claim they won. The number of votes is inconsequential.