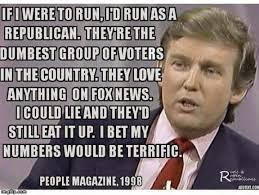 I don’t want to talk much about Manchin. In a few months he’ll probably be irrelevant, one way or another: The odds are either that Republicans will take the Senate or that Democrats, aided by the awfulness of many G.O.P. candidates, will gain some seats. And he wouldn’t have mattered in the first place but for the sickness that has infected America’s body politic.

Still, for what it’s worth, my take on Manchin is both less and more cynical than what you usually hear.

Yes, he represents a state that still thinks of itself as coal country, even though mining is now a trivial part of its economy, dwarfed by jobs in health care and social assistance — with much of the latter paid for by the federal government. Yes, he gets more political contributions from the energy industry than any other member of Congress. Yes, he has a large financial conflict of interest arising from his family’s ownership of a coal business.

Yet my guess is that his Lucy-with-the-football act has as much to do with vanity as with money. (And nothing at all to do with inflation.) His act has, after all, kept him in the political limelight month after month. And if you don’t believe that great events can be shaped, great disasters caused, by sheer personal pettiness, all I can say is that you probably haven’t read much history.

That said, Manchin isn't the real problem. It's the Republican Party:

There’s an obvious parallel between the politics of green energy and the politics of Covid-19. Many people chafed at the restrictions imposed to limit the pandemic’s spread; even mask requirements involve a bit of inconvenience. But vaccination seemed to offer a win-win solution, letting Americans protect themselves as well as others. Who could possibly object?

The answer was, much of the G.O.P. Vaccination became and remains an intensely partisan issue, with deadly consequences: Death rates since vaccines became widely available have been far higher in strongly Republican areas than in Democratic areas.

The fact is that one of America’s two major political parties appears to be viscerally opposed to any policy that seems to serve the public good. Overwhelming scientific consensus in favor of such policies doesn’t help — if anything, it hurts, because the modern G.O.P. is hostile to science and scientists.

And that hostility, rather than the personal quirks of one small-state senator, is the fundamental reason we appear set to do nothing while the planet burns.

In so many ways, the Republicans truly are The Stupid Party.

Unless the Democrats do well in the midterms, Owen, it is clear that Biden will be a lame-duck president well before his time.

And his replacement will be a plague of Biblical proportions, Lorne.

I agree, Biden is finished if they lose this November- impeachment and likely conviction in a Rethug senate and a compliant Supreme Court, it will be the end of the "great experiment" and exceptionalism, which was always more myth than reality. BC Waterboy.

As JS Mill long ago concluded, "Conservatives are not necessarily stupid, but most stupid people are conservatives... There is so much dense, solid force in sheer stupidity, that any body of able men with that force pressing behind them may ensure victory in many a struggle, and many a victory the Conservative party has gained through that power."

And now, thanks to TV, radio and social media, conservatives can "catapult the propaganda," so stupid people never have to confront an intelligent thought. Even Orwell never imagined the two minute hate being available 24/7.

Half of the country is indeed exceptional, waterboy. Their willful ignorance is exceptional and tragic.

Orwell's Two Minutes Hate was regularly scheduled, but there were long periods of rest, Cap. Now there's no rest for the wicked.