No One To Save Him 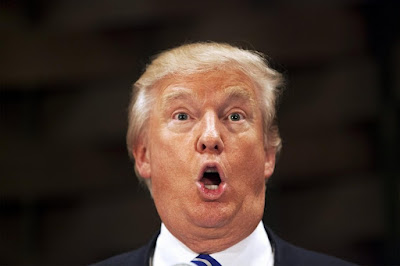 Former White House counsel Pat Cipollone has been the missing man at the hearings for the House select committee investigating the Jan. 6 insurrection. Although present at the most critical moments in the coup attempt, until now he has refused to testify formally.

Cipollone has appeared for an informal interview with the panel, but he resisted speaking beyond a limited set of topics with claims of executive privilege. The Jan. 6 committee finally gave up friendly negotiations and sent out a subpoena last week. Faced with the prospect of criminal contempt and potential sanctions from the bar, Cipollone, a working lawyer, agreed to at least show up.

There are all kinds of questions the January 6th Committee wants to ask Cippilone:

How did John Eastman, the chief architect of the coup plot, end up providing legal advice to Trump?

Did Eastman or Meadows ever concede there was no voter fraud? Did Trump?

Others have testified that you described the letter written by Jeffrey Clark, the Justice Department official whom Trump wanted to appoint as acting attorney general, declaring the election as fraudulent as a “murder-suicide pact”? What did you mean by that? Did Trump indicate he understood it was illegal?

Why did Trump want to replace acting attorney general Jeffrey Rosen? Why did Rosen refuse to sign Clark’s letter?

What do you know about Trump’s calls to election officials in Georgia and other states? Did Trump understand this conduct was illegal?

Did you advise Trump to concede the election? What conversations did he have with Vice President Mike Pence and Pence’s lawyers?

What did you try to remove from Trump’s Jan. 6 speech? Why? Were those changes rejected, and if so, who rejected them?

Others have testified that regarding Trump’s proposal for him to march to the Capitol on Jan. 6, you said “We’re going to get charged with every crime imaginable.” What did you mean by that? Did you explain to Trump the possible charges he might face?

Do you know why Trump wanted to go to the Capitol?

What did you tell Trump after you dragged Meadows to talk to Trump on the afternoon of Jan. 6?

Did Trump ever suggest the mob should attack or kill the vice president?

Cippilone might try to take the Fifth. But Lawrence Tribe of Harvard Law School says, “Cipollone might try to invoke his fifth amendment privilege against compelled self-incrimination, but it doesn’t look like he was personally involved in anything criminal, so that privilege would not be applicable.”

They're closing in on Trump. And, unlike all the other times in his life, there is nobody there to save him.

They won't be closing in on Trump until all this testifying is before a grand jury. Hello? Hello? Merrick Garland? Is anybody home?

Can we at least start with an easy one? Michael Cohen spent time in jail for campaign fraud. The court found "Individual-1" to be his co- conspirator. How about arresting the individual who directed Cohen to make payments to two women to conceal his sexual relationship with them. Hello? HELLO?

There is a whole list of crimes, Cap. If they have the courage to prosecute him, he'll be in jail for the rest of his life.

"Did Trump ever suggest the mob should attack or kill the vice president?"

This is a statement of cautious self preservation, not of cowardice. Even if I was a witness to his team meetings and telephone calls, I would not admit to knowing about Trump's plans for attacking, killing or any other major crimes. There is no place in the world where an honest witness could safely hide from Trump's team.

He's a mob boss, hels. And his mob will seek vengeance.