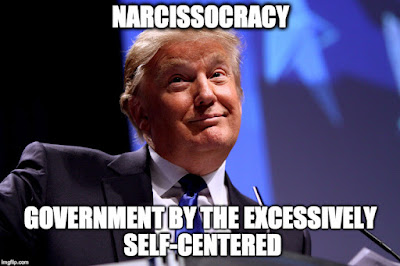 If you think it was bad, it was worse than you think. That's the chief takeaway from last night's hearing in Washington. Eugene Robinson writes:

However outrageous or irresponsible or treasonous you thought President Donald Trump’s behavior might have been on Jan. 6, 2021, it was actually worse. Much worse.

That was the message hammered home by the House select committee’s prime-time hearing on Thursday night. According to testimony presented by the committee, for nearly three long hours, as a violent mob smashed its way into the Capitol and hunted Vice President Mike Pence with homicidal intent, the president sat in his private White House dining room and watched the chaos unfold on a television tuned to Fox News.

He made phone calls, but not to the Pentagon or the Department of Homeland Security or anyone who could help put down the riot. Instead, he called Republican senators and lobbied then to object to final certification of the electoral college vote.

Trump -- as always -- was completely self-absorbed and not concerned about the violence at the Capitol:

The committee highlighted the tweet Trump posted at 2:24 p.m., when he knew the mob had already breached the Capitol’s defenses. Instead of trying to calm his followers, he incited them — and put a target on his own vice president’s back.

“Mike Pence didn’t have the courage to do what should have been done to protect our Country and our Constitution, giving States a chance to certify a corrected set of facts, not the fraudulent or inaccurate ones which they were asked to previously certify,” Trump tweeted. “USA demands the truth!”

A witness involved with White House security — whose identity the committee obscured, out of concern for the individual’s safety — testified that members of Pence’s Secret Service detail perceived the situation at the Capitol as so desperate, they feared for their lives and sent goodbye messages to their families.

When Trump ran for president in 2016, a group of twenty-seven psychiatrists warned that Trump's "malignant narcissism" was extraordinarily dangerous.

Last night. the hearing showed just how accurate those psychiatrists' diagnosis of Trump was.

That works, too, lungta.

Stephen Harper was another malignant narcissist who caused extraordinary damage to our nation's institutions. Like Trump, he simply couldn't accept being constrained by laws, rules or precedents. Rather than learn their lesson, however, the Cons have another narcissist warming up in the bullpen. If he ever becomes PM, things will not end well.

I agree, Cap. Poilievre is working from Trump's playbook.

.. Smartest Guy In The Room Syndrome .. PROBLEMO !
.. In Canada eh - Mainstream Media is currently a Defunct Term
I can say the same re ‘Journalist’ though with a thoughtful Proviso
re gems like Climenhaga, Michael Harris et al.. the real deal Journos

There are many Words & Terms we may now designate as Species At Risk
not that we have ‘Governance’ that ‘frankly, m’dear.. gives a damn’

We shall give them what they deserve.. nada, nothing no thing, under our stentorian heels
javolt mein capistrano with extra pump and dove milk in the very trenchants
up the Ying Yang and shores o Trampoline .. gird yerselves wot !

This is the era of dreary nasal drone - poboy multimillionaire
Prime Minister Poilievre & his thundering massive
Evangelical Franchisee Stampede Herd that he abandoned
his Carleton Riding faithful for.. the Riding is For Sale, Absentee Landlord
The Great White Hope now Travelling Sneeryman Medicine Show
pimping the magical elixir of ‘freedoms’ in a can.. & trucks in every pot
It’s new new ‘Right Stuff’ minus the Stuff
but it’s ‘Right For You’ suckahs ..

Cash only.. unmarked bills if you please for tax purposes
discount entrance fee if you bring another mark with cash
brown envelopes only 20$ to obscure yer generosity
and pass the basket if you please

I read your comment, sal, and I'm reminded of e.e. cummings. He'd love it.