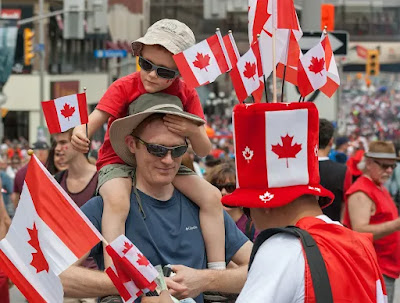 Another Canada Day. The celebrations this year will be on Lebreton Flats, not Parliament Hill. Anti-vaccine protester James Topp has arrived in Ottawa, where he was joined by Pierre Poilievre. Tamara Lich, who was in the capital in February, will spend the day in jail after violating her bail conditions -- for a second time.

Everywhere these days democracy is under attack. But, despite the howling, there is much to celebrate.

I see Stockboy Dave is endorsing Lewis for party leader. Of course, this is all about addressing the significant Canadian issues of sex-selective and forced abortions. "It is the humble petition of the camel, who only asks that he may put his nose into the traveler's tent. It is so pitiful, so modest, that we must needs relent and grant it."

Lots of Conservatives are single-issue voters, Cap. They have trouble seeing the Big Picture and setting up a Big Tent.