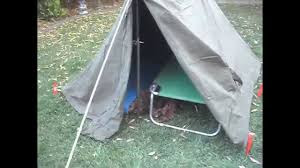 The fallout from Patrick Brown's disqualification from the Conservative leadership race continues. Kevin Philipupillai reports in the Hill Times that:

Supporters of ousted Conservative leadership candidate Patrick Brown, including new Canadians who were participating for the first time in a leadership election, say they are shocked by Brown’s disqualification. Some have not yet decided what to do next, even though Brown himself has endorsed Jean Charest.

Francesca Grosso, who purchased a membership in the federal Conservative Party in order to support Brown, told The Hill Times that many of the new members Brown signed up “come from countries in which freedom and democracy don’t exist.”

“This was their first taste of being part of a political process. And the party elite, quite deliberately it seems, has disenfranchised them, with no real explanation.”

Grosso said she and many other Brown supporters feel “disrespected and disregarded” by the federal party. “How am I taking this? I’m taking this quite personally. They don’t want us.”

Bijay Paudel, the president of the Federation of Canada Nepal Chamber of Commerce, said in an email that he and his team had signed up “over 1,500 new members” from the community in support of Brown, whose campaign said it signed up more than 150,000 members. Front-runner and rival Pierre Poilievre (Carleton, Ont.) claimed his team signed up more than 300,000 new members. While both claims are unverified, the party confirmed last month that a record number of 600,000 members may be eligible to vote.

But now those numbers are suspect:

“Patrick is very close to our community so we decided to support him. However, after the news of the disqualification everyone is shocked,” said Paudel. “This is the first time our community took part in mainstream politics and we were excited about it.”

The Conservative tent keeps shrinking. And the party still hasn't figured out why it keeps losing elections.

Poilievre's popularity tells me that the Cons are more worried about losing voters to Bernier than they are about capturing potential disaffected Lib voters.

In a FPTP system, a party can win despite losing the popular vote, as the Libs have demonstrated in the last couple of elections. It's all about getting your supporters out in key ridings and stopping them from bleeding off into other parties. The Cons are counting on this becoming more of a problem for the Libs the longer they stay in power. They may be right.

That may be, Cap. Governments usually defeat themselves. The fact that they're worried about Bernier tells you a great deal about who supports the Conservatives.

No shedding tears for Patrick Brown: the proverbial coyote who's battle with the CONs always ends in humiliation when they literally pull the rug from under his feet. (Watching the internal CON strife is akin to watching Godzilla vs Ghidorah.)

And that shrinking-tent meme might not hold. Yesterday's Nat Post had a headline (I declined to read the article) of pure fiction conjured up by some push-poll:
"Canadians disapprove of Justin Trudeau’s job as prime minister and feel he is divisive"

Three years of this, plus climate-change disasters and war-without-end in Ukraine (and perhaps a new front in the east if the Taiwan-baiting works) will render this country (and many more) vulnerable to the same kind of minority rule the USA has achieved.

The American Disease has crossed the border, PoV.