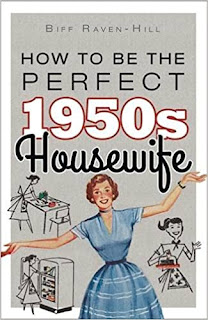 Mara Gay writes in The New York Times that Republicans have declared war on sex:

If we take Justice Clarence Thomas at his word — and there’s no reason not to — the right to contraception could be the next to fall. Why? Because many in this movement are animated by an insatiable desire to punish women who have sex on our own terms and enjoy it.

State laws restricting or banning abortion are an attack on American women who decide whether, when and how to have children. They are part of a movement intended to curb the hard-won freedom to pursue careers and joys outside the confines of wifehood and motherhood. Some Republicans have said just this, and it’s important that we believe them.

Consider what the Republicans are saying about women who don't stay home and who refuse to be meek:

Take J.D. Vance, the G.O.P. nominee for Senate in Ohio, who apparently thinks women like me belong at home, not writing opinions in national newspapers: “If your worldview tells you that it’s bad for women to become mothers but liberating for them to work 90 hours a week in a cubicle at The New York Times or Goldman Sachs, you’ve been had,” Mr. Vance wrote recently on Twitter.

Charlie Shepherd, an Idaho state representative, said he voted against using federal funds to increase early childhood education because “any bill that makes it easier or more convenient for mothers to come out of the home and let others raise their child, I don’t think that’s a good direction for us to be going.”

One tweeter said the quiet part out loud: “If you’re scared for your daughter’s future, maybe focus on raising her to not be a slut.”

Yesli Vega, [is] a Republican congressional candidate in Virginia who dismissed concerns about women being forced to carry pregnancies that result from rape, saying in audio recordings leaked recently that it wouldn’t surprise her if it were harder to become pregnant from rape because “it’s not something that’s happening organically” and rapists do it “quickly.”

And you thought Cotton Mather and the Plymouth Colony had disappeared? Before they're done, they'll be burning "witches."

Rightists are rolling back 50 years of women's rights and leftists are putting men into women's prisons and destroying women's sports. It's amazing how united men are in ruining things for women and how complicit some women are in their subjugation. Atwood captured this masterfully in The Handmaid's Tale.

At the risk of spawning a barrage of hate mail, without more context, Mr Vance's comment could just mean that there's nothing wrong with being a stay at home mom and it may be better than grinding away your life at some meaningless job.

If this isn't enough to galvanize voters in the November mid-terms, Owen, there is no hope for the U.S.

They're marching backward, Cap, claiming they possess the wisdom of the ages.

There is nothing wrong with being a stay-at-home mom, Gordie. But because Vance is a Trumper - - a recently converted Trumper -- his convictions are suspect.

I know the people spouting this stuff infuriate my wife, Lorne. I suspect that the majority of American women are furious, too.

And they'll never be able to shut down the rebellion, Gyor.

It's hard for me to take seriously there is a common belief among men that women in general, or that wives, or that wives and mothers should somehow be prevented or discouraged from working outside the home, instead to do house work and raise children like many wives had until the 1950's. My grand mother,who died in the mid 50's at age 93, did that. Her "housework" all day long in the absence of all modern conveniences including looking after egg-laying hens, making butter from the milk of the family cow, washing clothing for a family of five in a large tub with a scrub board in hot water heated on a kitchen wood stove. What she did was important to her family. In the 1960's, despite new home conveniences that included electric power, many wives were no longer working at home, but working outside the home to earn necessary incomes for their families in a new economy in which one income was no longer enough.If women are prevented from working outside the home, what are they to do? Live off the fat of the land while the men take up the slack? How do you suppose that would go over with all those unknown men who don't respect a woman's right to work? I can't agree that many women-hating men would want that! Maybe there aren't a large number of men who hate women to that extent! I don't know any man like that. Still, you never know...

As you point out, CD, the economy changed. Two incomes became necessary to raise a family. The same folks who championed the new economy now want women to stay at home.

Kevin Phillips in his 2005 book, American Theocracy, notes that religious zealotry often materializes in empires on the verge of decline. Rome, Spain, the Netherlands, the United Kingdom. There is a convenient quid pro quo between state and fundamentalist groups.

It's a pattern that keeps repeating itself, Mound, -- perhaps because -- as Marx said -- in empires on the verge of collapse, "religion is the opiate of the people."

Are we obsessed with sex?
Oh Ya
the greedy gene ... I almost forgot.
Was going to post
That most every sound you hear in nature is a sexually related cry of some sort.
Even with our BiGbRaIn why would we be any different?
Misguided and obsessed is us but we are all natural.

There are plenty of us who try to deny that fact, lungta.