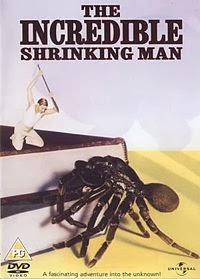 There has been lots of speculation recently that Stephen Harper might be ready to walk off into a snowstorm. But his appointment last week of Dimitri Soudas as the executive director of the Conservative Party has dampened such speculation. Michael den Tandt writes that no one knows what Harper is planning to do:

Harper seldom does what he is expected to do, and he never does what the media tells him he should do. He was urged to move the party to the centre and undertake a “charm offensive” the summer before last. Never happened. We half expected the same this past summer, along with a reboot in the PMO and in Cabinet. Nope. And in each case, at every turn, even senior people in the party confessed they didn’t really know which way the wind would blow. They didn’t know then. They likely don’t know now. Stephen Harper keeps his own counsel.


The appointment of Ray Novack to head the PMO and Soudas' appointment make one thing clear: When the going gets tough, Stephen Harper goes to his bunker. His present troubles have not opened his mind. If anything, he is building his firewalls higher.

Some men are challenged by problems. Harper blames them on someone else. Some men grow while in office. Harper keeps getting smaller and smaller.

Email ThisBlogThis!Share to TwitterShare to FacebookShare to Pinterest
Labels: Harper In The Bunker

A strategy is something one consciously takes up to meet the challenges presented. Harper appears not to be in any sense a strategic thinker because he never waivers from his political methodology regardless of what happens. Metaphorically speaking, Harper has built a Maginot Line rather than being the Erwin Rommel of Canadian politics. Someone with this MO, can only prosper when circumstances favour them. If you refuse to move you are eventually outflanked. The only real question is how long will it take other Conservatives to comprehend that they are hunkered down in the Maginot Line while their leader ignores the Panzers running through Belgium?

Quite true, Kirby. The Harper propaganda machine keeps pitching the line that he is a strategic genius.

The truth is that he's driven by fear -- fear of others, and fear that others will replace him.

It is typical of Harper, to dig up degenerates to work for him. Soudas sounds like one, very shady person. Harper also had, Bruce Carson, Gordon Campbell, Porter, Sona, Del Mastro, Calandra is as, Harper's Goebbels. Penashue and a host of others.Harper campaigned very hard for, Saulie Zajdel and Ford.

However, Harper was Policy Chief for his, Northern Foundation of 1989. Harper's Fascist, dictator and control freak behavior, isn't all that surprising to me.

Harper team are, useless, spineless, gutless wonders. They are no better than Harper is.

Harper has a very poor eye for talent, Anon.

If anything Harper is the ultimate tactical thinker, Ive rarely seen much from him that I would call true strategy. This latest only underscores that point, he is hunkering down, taking the hits and getting ready to come out swinging yet again, after all it has worked so well for him before. The difference though is that he is now about to be the victim of a factor that helped cost Martin's Libs government despite their concerns about HArper, namely government fatigue from the public. Most parties and especially leaders only get so long at the helm whether minority or majority in a row before the public just gets sick of them, and that is true even with leaders who generally are seen as having provided good government by the majority, which Harper I do not these days believe is so seen as having provided. I've always acknowledged Harper's tactical abilities, but I've never understood why so many people thought he was anything remarkable as a strategist, I've never seen it myself.

Anyway, I want Harper to be PM in the next election, I think having his face there will help drive his party from power and hang its record firmly on him, and not allow him any cover to escape it from as Mulroney tried to do with Campbell. So for me this is a good thing, since we are stuck with him and his government until the next election, might as well have him wear it all, and his party wear the fact they let him do it all while blindly supporting him. Seems to me to be the best chance to drive out the Reform zealots from the CPC and hopefully see the resurgence of the old school PCPC wing to be a dominant force within that party and finally return our political dialogue to something remotely resembling sanity. One can hope anyway...

I've never thought that Harper would go at his own choosing, Scotian. Someone or something will have to push him.

I've thought that it might be the law -- but the truth is that he builds firewalls between himself and those who carry out his wishes.

The only thing that might push him out is being charged with offering a bribe -- which probably won't happen.