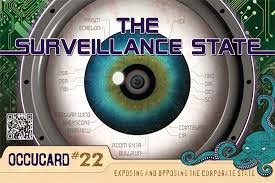 Stephen Harper claims that Bill C-13 is the bane of cyber-bullies. That's true. But, Michael Spratt writes, the bill is much more than that:

The government’s talking points notwithstanding, only a small portion of C-13 deals with cyber-bullying. Most of the bill is devoted to expanding police powers to search and seize personal Internet data.


Bill C-13 is the successor to Bill C-30, which the Conservatives said was aimed at child pornographers:

The main criticism of Bill-30 related to the expansion of warrantless search powers for Internet data that would allow the police to build a detailed profile of a person and their history through their digital footprint. C-13 would allow police to do the same thing, with the same type of data.

Many experts have commented on the serious privacy implications of collecting and disclosing such information. It was in response to these privacy concerns that then-Justice minister Rob Nicholson announced that the government would not be proceeding with C-30.


But a careful reading of C-13 makes clear that what the government couldn't accomplish with C-30 it is trying to accomplish with C-13. And, even though the Harperites now say they favour warrants before searches are approved, the standard to obtain those warrants is "reasonable suspicion."

The Supreme Court has already ruled on that standard:

In most cases, the state’s interest in detecting and preventing crime begins to prevail over the individual’s interest in being left alone at the point where credibly-based probability replaces suspicion.

This balancing of interests can justify searches on a lower standard where privacy interests are reduced, or where state objectives of public importance are predominant.


In other words, the Supreme Court has already rejected the standard the bill imposes. Never ones to pay attention to legalities, the Harperites are charging full speed ahead, wilfully ignorant as usual. That is the standard they live by.

Their aim is to establish a surveillance state.

Didn't we already tell the Harperites that we do not want their surveillance legislation? I guess they'll just have to be told again.

These people just won't take 'no' for an answer.

Absolutely true, Anon. That kind of perseveration is reportedly a sign of brain damage.

Quite frankly. Harper hates the internet. He is exposed to the entire world. Harper is a Fascist Dictator from his, Northern Foundation days of 1989. Conrad Black was a member of Harper's Northern Foundation. It is said, it was Black who put a lid on this, to hide it from the public.

The BC Liberal Premier Christy Clark works for Harper, as Campbell did before her. She too hates the net, she has a lot to hide. Strangely? Harper and Christy Clark prorogued Parliament and the BC Legislature, p-retty much at the same time.

Harper may have a lot to hide, Anon.

But the bill will make it impossible for citizens to hide from their government.

Get yourself that little lock in the address bar - it comes with https. I notice Google has it now, which it never used to.

Thanks for the tip, ffd. Now I know what that icon is all about.