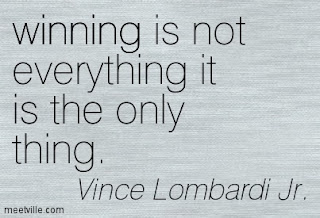 You would think that Stephen Harper's recent troubles might spur a little self examination. Not so. Jeffrey Simpson writes:

Instead of rethinking, the Prime Minister has doubled down on his long-term strategy, which depends on polarizing the electorate and identifying and mobilizing the Conservative vote. He reshuffled his cabinet to add younger ministers of the same type as the more experienced ones: hard-edged communicators and sharp-elbowed partisans. He regrouped people in his office and at party headquarters who are unreserved loyalists. There are no even mildly discordant voices, let alone fresh faces or new views, in Mr. Harper’s inner political circle.


Harper knows that 30% of voters would vote for him after attending his wake. He also knows that 60% of Canadians would never vote for him -- alive or dead. That means that he must persuade the remaining 10% of voters that he has their interests at heart. What that means is that, for the next two years, all Conservative policies -- domestic and foreign -- will be aimed at that 10% of the population.

more wooing of Jewish voters through blind support of every Israeli government position, helping Toronto’s Tamils recall the boycott of the Commonwealth Conference, reminding Filipinos about Ottawa’s efforts after Typhoon Haiyan. As an ambassador of a traditional ally recently remarked privately, never had the representative ever seen a government whose foreign policy was so driven by local ethnic appeals.

there will be all sorts of micro-initiatives directed at the 10 per cent: action to “protect” consumers against high wireless fees and cable charges, little tax breaks for this group or that, income-splitting mostly to benefit the middle to upper-middle class, protection against bank charges or whatever focus groups reveal Canadians don’t like about the banks.


There is no vision and there are no principles guiding Mr. Harper. It's all about doing whatever it takes to win.

Email ThisBlogThis!Share to TwitterShare to FacebookShare to Pinterest
Labels: No Principles, No Vision

Put another way, it will be...

"The tyranny of the minority."

You are so right!!

no wisdom , no vision , no will
i find the representatives of the scrambled 60% of the electorate complicit to harpers endeavors in their inability to unite to save canada
i also doubt that neither a liberal or ndp win
would fundamentally change any direction or reverse anything

And it gives me no pleasure, astone.

Squabbling on the left put Harper in power, lungta -- and it keeps him there.

Unfortunately, that's true, Ross. If ever there was an argument for proportional representation, it's Stephen Harper.

He is absolutely cynical in his manipulation of the system as it now exists.

Harper is doing a good job of keeping Harper in his job. Can't blame him for that. the blame lies with the Canadian voting public. they either don't vote or the put their vote where it doesn't count.

The opposition parties haven't been able to come up with an effective election plan to defeat the Cons so until they do, we are stuck with Harper.

The opposition parties need to spend more time out and about and while out and about, remind Canadians of what Harper has done to Canadians, There is more than enough material to work with.

We saw Trudeau the younger on the DTES in Vancouver, handing out food. Got him coverage, but did it get him votes? there wasn't a follow up press interview discussing what he and the federal Liberals plan to do about child poverty, the increasing poverty of seniors, the lack of food security in Canada.

Mulcair is doing an excellent job in the Commons but if it doesn't translate into votes, it won't put him in the driver's seat as P.M.

We can critize Harper for how he gets elected but we don't see the opposition forming committees in areas where they might have a change and having them work to get ready for the next election. Make some headway. Yes, supporting everything about Israel, might get him votes but will those votes stay with him when dealing with issues such as the lack of support for veterans. You just need a smart campaign to deal with those types of issues. remind Jewish voters what he hasn't done for Canadians. Remind people of the scandals, for those who are religious, the opposition parties should lay out campaigns which clearly demonstrate harper and his cons aren't living the "truth". It isn't hard to do, they just need to get up off their asses and do it.

Exactly, e.a.f. The opposition parties have a lot to work with. But it's up to them to translate that material into votes.

They'll defeat Harper, if they keep the focus on Harper.

The Economist nailed it several years ago when it described Harper as an "automaton."

I don't always agree with what I find between the covers of the Economist, Mound. But, unquestionably, they understand Harper.