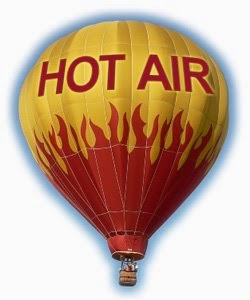 The Warrior-in-Chief has been cowed. Tom Walkom notes that Stephen Harper's bellicose rhetoric has cooled:

The prime minister’s references to Afghanistan now are usually brief and elliptical, as they were on Remembrance Day when he listed Kandahar as one of the many places in which Canadian troops have fought and served since 1914.

Canada still has 620 troops in Afghanistan tasked with training local forces. But Harper no longer travels there to pose for the cameras with them.

He used to regularly show up at military bases to praise soldiers and their families. That practice, too, appears to have been curtailed.


And now that the bills have come due -- in the cost of ruined lives and suicides -- Mr. Harper has little to say. It wasn't always this way:

In speech after speech, he explained why the war was necessary, why Canada would prosecute it to the bitter end and why he would never do what he eventually did do — set a firm target for withdrawing all troops

In one 2006 address to soldiers, he sneered at suggestions that Canada might pull out its troops before the Taliban was fully defeated.

The war had to be fought and won, he said at yet another military event.

"You can’t lead from the bleachers,” he told Canadian troops in his first of his three trips to Kandahar."I want Canada to be a leader."


What he really meant was that he wanted to be a leader. And, if others suffered collateral damage, well, that was the price of leadership.

Today returning veterans are suffering from the wounds of war as the government closes Veterans' Affairs offices. The deficit is more important than they are. And, if they are released, rather than supported as the price of their service, that is -- likewise -- the price of leadership.

Those who bang the drums of war float on hot air. And, when it comes to floating on hot air, Mr. Harper is a master.

.. the faux & failed cowboy railroader .. Harper
hopefully will soon set off on his 'muskeg walk'
bolstered by multiple foreign board of directorships

Perhaps, salamander, historians will one day compare the Harper years to Fort Whoop Up -- another prairie institution.

In the end, the Mounties closed it down.

Harper had some gall, showing up at our Armistice Day Services. Harper was not welcome to attend and he knew that. He spoiled the day for all of us.

In some parts of Canada? The Veterans turned their backs on the Conservative politicians, giving their phony speeches.

Harper and his Cons are not welcome, at any of Canada's events.

Nor, do most of us, want to hear Harper's phony speeches at Christmas either.

That was what Ron Paul, a Navy fighter pilot who had served in Korea, called Mitt Romney during the Republican primaries. Neither Mitt nor his five sons had ever served in the U.S. military. According to Paul, that still did not stop Romney from enthusiastically supporting sending other people's sons and daughters into war.

The same can be said of Harper and Baird (O.K., Baird will not have children, Lol).