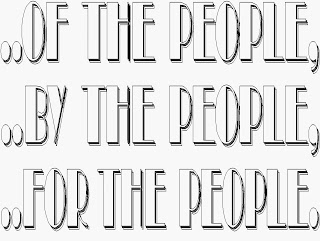 It's an indication of just how far we have strayed that Michael Chong's bill merely seeks to put centuries old parliamentary conventions in writing.  Not surprisingly, Andrew Coyne writes, there are a chorus of naysayers:

The bill, it was said, would never pass. Or if it did, would make no difference. Worse, it might. Parliament would be destabilized, said some, by a series of democratic “palace coups” against party leaders by their faithless caucuses — the same caucuses who, others maintained, had shown no interest in using their existing power to do the same, and thus had demonstrated it was unwanted. Or rather they had, many times — and thus had proved its superfluity.

Remove the power of the leader to decide who may run under the party banner, warned some, and it would lead to a wave of neo-Nazis hijacking nomination meetings. At best, it would empower tiny parliamentary factions to divide and disrupt the party’s business. No, claimed others: giving a majority of caucus the power to expel a member would inevitably give rise to mob rule, and the suppression of unpopular opinions.


Some claim the bill will not pass. But, Coyne writes, "more and more MPs and other influential voices, from James Rajotte to Bob Rae to Hugh Segal, have come out in its favour. "It is people like Pierre Poilievre, with the Orwellian title of Minister for Democratic Reform, who are against the bill.

Others claim the bill would legalize coup d'etats. We should fear the unknown they say. That's a red herring:

It is easy, of course, to conjure up all manner of devils from the unknown. But in this case the unknown is well known. The proposal before us is merely to replicate the model already in place in the other Westminster democracies: the United Kingdom, Australia and New Zealand. It is, indeed, the model on which this country was founded, and under which it grew to maturity, but from which we have strayed in recent decades. It is to that system — the system of Macdonald and Laurier — that the bill would return us, nothing more.

.. in the meantime .. its too much to expect honest, intelligent, informative responses to valid, important questions in The House of Commons .. ?

Unfortunately Owen, it's been a very long time that government was actually for the "people", if it ever really was, I'm not so sure. Since Thatcherism (or whatever you want to call it) took hold and the neo conservative bulldozer started plowing through the ability of the average folk to keep up with inflation, it's been all about lining the pockets of those who donate large sums of money.

And, all the while, waterboy, the Thatcherites -- of which Harper is one -- have claimed that they are standing up for the little guy.

If nothing else, perhaps Chong's bill will clarify matters.

Unfortunately, salamander, question period has ceased to be the place where the government is called to account.

Chong's bill is based on the premise that the threat of hanging concentrates the mind.

"No, claimed others: giving a majority of caucus the power to expel a member would inevitably give rise to mob rule..."

A very slothful thinking position, because in a real raw sense democracy is 'mob rule' as the majority of the people united (a mob) makes the decisions. Right now we have the minority making the decisions with no checks or balances to reign in the Prime Ministers absolute dictatorial power with a majority of the seats in the house being held by his party, even though currently only 40% of Canadians wanted this.

Harper himself, in a paper he co-authored with Tom Flanagan stated that Canada's Parliamentary Democracy was nothing more than a dictatorship when one party held a majority in the house.

Google the quoted title and you will see that the current Prime Minister is a snake in the grass because he told his party faithful that he would never abuse his power if given leadership and won a majority government. But what we are seeing is the complete opposite, he loaded the senate with unqualified trained seals that he claimed he would never do and which will have implications long after he exits the political stage. Also he surrounds himself with criminals and those that are willing to commit criminal acts, for what, for Harper?

Certainly not for the good of the people or the nation. Then there will always hang a dark cloud over his head as it is obvious that the Conservative Party of Canada committed election fraud in 2011. Therefore Harper sits on a usurped tainted throne of his own creation. Oh and let's not forget in Steve's own words that Toronto Mayor Rob Ford is his own personal 'fishing buddy' as I see it he hangs out with criminals.

The essay/paper written by these two hooligans Harper/Flanagan proves Harper knows he is ultimately a "benign dictator" and he is taking full advantage of that position he coined for himself to Americanize us to bring us in as the 51st State of the US. Which also by the way was one of the stated goals the two hooligans set out in that infamous paper, which has become Harpers policy paper, he does everything opposite of what he claimed a solution to Canada's political woes. That makes him a brilliant masquerader and very untrustworthy.

He knows where the weakness in our system of government is, better than most and he is exploiting it full bore to destroy Canada and it's government as we know it. This is an extremely personal agenda hatched at the very right leaning halls of the Americanized American loving city and institution at the University of Calgary. This is his stated objective:

"“You won’t recognize Canada when I get through with it.” He was absolutely right, as you will have noticed."

-from Canadian History, Harperized by Bob Robertson Special to The Globe and Mail Published Friday, May. 10 2013.

We've noticed Mr. Robertson and we don't like it.

Other quotes from Herr Harper here:

I don't like what I read on this wikiquote page as it paints him via his own tongue as a vile disdainful vain bastard who holds nothing but contempt for Canada her institutions and her people.

For instance Harper said (from wikiquote) - From a speech to the Council for National Policy, a conservative American lobby group, June 1997, as reported by the CBC-

"In terms of the unemployed, of which we have over a million-and-a-half, I don't feel particularly bad for many of these people."

Yes Stephen it shows and you are doing your utmost to quadruple that number and then again double that by allowing some of the wealthiest corporations in the world to import foreign workers who will work for half the minimum wage or less just to get into Canada. This in turn will water down the wages across the board for all Canadians.

Yes we need Parliamentary Reform to be able to control the damage a person like Harper who has lied his way into the position of Prime Minister can cause.

"Dear Steve it's time to leave."

Thanks for the links, Mogs. They make it clear that Mr. Harper is a dangerous man.

I remember meeting Michael Chong when he came to speak at McGill just a few months before the last election was called regarding another Private Members' bill he had tabled (forget the number, unfortunately), reforming Question Period. He spoke of his wish list of things he eventually wanted to see happen. His private members' bill died when the election was called.

I hope this one passes. For whatever doubts the nay-sayers may have, it can't worse than it is now, where the PM is king and the caucus are nothing more than minions.

Sometimes when something continues to be dysfunctional, an attempt at change can be the best thing.

Like that part about some fear of Neo-Nazis hijacking nomination meetings. Like similar events don't already happen? Please.

I wish Michael Chong well and I do hope others with whatever left of their moxy they can muster will vote for this bill.

Mogs hit a nerve about foreign workers; Not only are we giving away control of our resources at an alarming rate for an alarmingly low return, we are also welcoming a potential, well trained fighting force of labourers.

KXL will employ US ex-military to build the pipeline (companies are actively seeking 'qualified' ex-military.) In BC, China will be asked to build the Enbridge NG line as well as LNG lines with their own 'skilled' labour force. These road warriors will not be fighting for Canada when push leads to shovel ready resource extraction projects.

Harper is merely a puppet, but his strings are woven into the world wide web like a spider's, by the shadowy men that currently run things.

One can bet that one (at the very least) of these projects is going ahead so Canadians need to wake the f@*k up before we are rounded up, stripped and forced to squeal like pigs by the swine in the masters house!

I suspect that, if the Conservatives allow a free vote, the bill will pass, CK.

We'll see just how "Reform" minded they are.

I have no doubt, Feverish, that -- when Stephen Harper finally exits -- the people who pull the strings will see to it that he finds a soft place to land.

Fadden of CSIS at that time, warned of Communist China's huge inroads into Canada. BC was specifically mentioned. Ex BC Liberal Premier Gordon Campbell, had already given much of BC to Communist China. Campbell is Harper's favorite henchman. Harper's sell-out of Canada to Communist China, began way back in Campbell's reign of terror.

Christy Clark just announced, BC is dead broke. BC citizens knew that, long before Christy did, I guess. We have no idea where, Christy's families first fits in? Nor, have we seen where Christy's 76,000 BC jobs for BC comes in either. Seems Christy lied and cheated to win her election too. Just as Campbell and Harper did. Nor, is that a surprise.

We see Communist China, taking the resources and the resource jobs. Guess that's where Christy's jobs have gone.

Harper's plan is to hand Canada to Communist China, always has been.

The names of the parties change, Anon. But the agenda doesn't.