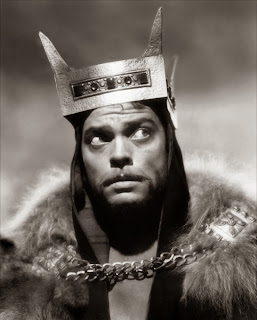 The year end interview with CTV's Bob Fife is off. That's because there's nothing Stephen Harper wants to talk about. It's been that kind of year. It's been the kind of year that Eric Grenier believes may well have sunk the good ship Harper:

The polls have gone from bad to worse for Harper, as his government plumbs the depths of its time in power. Never before has support for the Conservatives dropped so low for so long since they defeated Paul Martin in the 2006 election.

Challenges by Stéphane Dion and Michael Ignatieff, who both led Liberals into first place in the polls for a few months at a time, were easily swept aside in the past. However, Conservatives have been unable to put a dent into the lead Justin Trudeau has built and maintained. And this in a world where New Democrats routinely poll in the mid-20s.

The Senate scandal is undoubtedly the main source of the problems hobbling the prime minister, but it is not the only one. Conservatives have tried very hard to cultivate an image as serious and responsible fiscal managers, but another image is being created as the years in power start to drag on.


In fact, the image the Conservatives project is the very image of the government they replaced:

That image is one of entitlement, something that contributed to Liberal defeats in the past and the hollowing-out of that party culminating in the 2011 election.

Issues related to election finances led to the resignation and byelection defeat of Peter Penashue earlier this year and the pending legal case facing Peterborough MP Dean Del Mastro. Millions of dollars have been spent on advertising touting the government's achievements. An apparent double-standard related to the hue and cry over Trudeau's infrequent pot-smoking and the relative silence over Rob Ford's crack-smoking (etc.) has instilled the perception that a different set of rules applies to Conservatives.

The Senate scandal played right into this building narrative. The refusal of the government to admit any error and to shift the blame entirely on to Nigel Wright and Mike Duffy alone has done lasting damage to the Tory brand and particularly that of the prime minister.


Like Lady Macbeth, Stephen Harper has found that it's impossible to wash the blood from his hands. And, like her husband, he battles on -- apparently believing that no man of woman born can harm him.

But Birnam Wood is beginning to move to Dunsinane.

Email ThisBlogThis!Share to TwitterShare to FacebookShare to Pinterest
Labels: Harper As Macbeth

Nice pic from MacBeth, but Harper reminds me more of the Roman Polanski treatment, all unrelieved blood and gore all the time.

I liked the picture because Welles looks so sheepish, Danneau. I admit that Harper does not appear to be sheepish.

When it comes to blood and gore, he seems quite capable of slaughtering innocents -- something Polanski did with relish.

And there are hints, salamander, that some of the crew are preparing to jump ship.

Every time you make a reference to Harper and Macbeth, Owen, I am reminded of lines that I have probably previously commented on. In reference to the evil king near the end of his reign, Angus says,

Those he commands move only in command,
Nothing in love.

I suspect that is the way many of Harper's 'loyalists' are feeling these days.

Macbeth relied on others to read signs, Lorne. And they told him what he wanted to hear.

He learned too late that he had been a fool.

Obstruction of justice, sellout of Canada to Chinese national interests, the slayer of woodland caribou, the delayer of Canada Pension for retirees .. the master of coverups and litigation, including Afghanistan, the Great White forked tongue Asshat Stephen Harper who's just fine with spying on Canadians illegally.. lover of 'green' diluted bitumen, and the great defender of Israel but screw the indigenous Palestinians who surely must remind him of indigenous Canadian indians

and oh .. he 'wrote' a book about the Maple Leaf hockey team .. while trashing the country, the economy, democracy and people he was elected to look after

The joke is on us, salamander. We were warned by people like Dalton Camp and Joe Clark. We didn't listen.

And Harper still thinks the joke is on us.

Harper's obsession with balancing the budget by a specific date is starting to hurt more and more people. Tonight we learn that the military is dangerously low of funds. And this week we saw the finance minister nix any improvement
in the Canada pension. The former will make the militaristic nationalist conservative base mad and the later will cause anger against the conservatives, particularly in Ontario.

I agree, Philip. They are obsessed by the deficit. And, in the end, that obsession will do them in.

I am just gobsmacked that Flarhety Harper Ford Hudak have decided arbitrarily to lop more than half a billion off Ontario Health Care transfer payments, while at the same time increase Alberta by a billion. Is there nothing that will wake up the people of Ontario and make it like Quebec a Conservative dead zone.

Ontario cities are not really Conservative friendly, Steve. Ford was elected by the suburbs. And Harper was chosen by rural Ontarians.

That is the divide. And, unfortunately, until those folks figure out that they're being played for fools, Flaherty and his brethren will stay where they are.