In A Dark Place 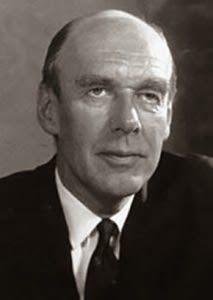 The Harper Party has changed its name three times. First it was the Reform Party. Then it was the Canadian Alliance. And, finally, it called itself the Conservative Party. The last label is entirely disingenuous. Both Rob Ford and Stephen Harper claim they are Conservatives. Those claims are as fatuous as the name which the present federal government proclaims. Andrew Coyne writes:

So no, Ford is neither a product of conservatism, as such, nor a particularly sterling example of it; nor should Conservatives be tainted by association, except in so far as they associate themselves with him. This last is the point: It is clear that Ford, and Fordism, are very much an outgrowth of the same political culture as the federal Conservatives, a culture each has done much to create and nurture. It just doesn’t have a lot to do with conservatism.


There is a noble conservative tradition in this country. It was best embodied -- at least in my memory -- by Robert Stanfield. Many forget that Stanfield fought and lost an election on the issue of wage and price controls. In the inflation ravaged 1970's, Stanfield favoured them and Pierre Trudeau did not. After Stanfield lost the election, Trudeau adopted wage and price controls. Today's Conservative Party would have -- and has had -- nothing to do with Stanfield.

Modern conservatism is, quite simply, a fraud. Coyne writes:

The modern Conservative movement is built on two things: populism and pragmatism (sometimes indistinguishable from opportunism). Both have contributed to the Ford phenomenon: populism, with its heavy emphasis on the social divide separating Us (suburban, less educated) from Them (urban, more educated), its infantilizing insistence on the need for a strong leader to protect the former from the latter; pragmatism, in detaching the party from any principled foundation, a contempt for “purism” that too easily bleeds into an expedient disregard for principles of any kind.

Put them together, and you get a number of subsidiary traits: hostility to intellectuals (fancypants who think they’re better than us; academics who don’t understand how politics is actually played); imperviousness to facts (manufactured by a biased media elite; expendable in the pursuit of power); and so on. What is observable in the Harper Conservatives reaches its ultimate nihilistic expression in Ford, where absolutely no amount of evidence is sufficient to discredit him.


Modern conservatives canonize ignorance and promote division. Like cats marking their territory, they define their boundaries by urinating on those they consider outside those boundaries. And that, Coyne writes, "is taking our politics to a very dark place."

i remember Bob Stanfield very well, Owen - a truly decent man whose honesty, as you point out, cost him the election. It was one of the few times in my life when I voted Conservative, and I'm not ashamed to admit it.

It seems like such a long time ago that honour and integrity were part of politics, doesn't it?

A very long time ago, Lorne. The man who tried to get Stanfield elected -- Dalton Camp -- knew just who the Harperites were.

And he warned us often that they were a dangerous brood.

I remember C.R.A.P. and still think of them that way.

We have included your post in our 'Around the Blogs' section at Looniepolitics.com.

I also thought the acronym fit them to a T, rumley.

.. you're one of the first to recognize and describe the parasites as 'The Harper Party'

.. Canada is a democracy.. last time I woke up and took a breath ..

.. I fear that the parasites may remain in charge of the host (Canada) for a little while, yet

.. time for a purge.. extreme political enema ..
and bye bye Harper.. and all his dull thuggies

Their official stationary bears the label "The Harper Government," salamander. Likewise, the party should also bear that name.

The officially sanctioned label is, in a nutshell, the reason why this government must return to its cave.

Coyne: it is not only taking our politics into a dark place it is taking our society along with it in a very much darker place.

Owen, after finding the links about Canada's debt economy forced upon us through unnecessary interest paid to bankers on loans to the federal government, I couldn't stop thinking about the international banking cartel, the federal reserve and banks in general.

We've all read about the banking conspiracy and when you follow the food chain of international banks one stands out above the IMF/World Bank crime scene. That is the Bank for International Settlements in Basel, Switzerland. I remember reading some time back that allot of misappropriated money stolen from countries around the world ends up there.

Whistleblower Karen Hudes: ‘How The Global Elite Rule The World’

Who really rules the world? This question is complex, but not impossible to understand…

"Most people have never even heard of the Bank for International Settlements, but it is an extremely important organization. In a previous article, I described how this “central bank of the world” is literally immune to the laws of all national governments…"

If the above link doesn't travel over -(21st Century Wire) you can find the article here:

Who is whistleblower Karen Hudes?

From her Forbes member profile:

"Karen Hudes studied law at Yale Law School and economics at the University of Amsterdam. She worked in the US Export Import Bank of the US from 1980-1985 and in the Legal Department of the World Bank from 1986-2007." -link here:

So we have an insider who worked at the World Bank for twenty years as a lawyer and she has ripped the lid off the scam people (cons and the right) have told us are nothing but conspiracy theories - move along nothing to see. Turns out it's the other way around the press and the willing right and politicians and others who knew (not all do) are the ones fabricating the conspiracy theories while the elite were busy ensnaring the entire population of earth into debt slavery. Sound fantastic no; sometimes the truth is stranger than fiction.

I have always wondered how people like Rob Ford and Stephen Harper could get away with the crimes they commit and keep on going like the duracell bunny. The elite behind this Bank for International Settlements fund them groom them and help keep them in power. The crimes the cons commit keep getting larger and they snub their nose at us because they have impunity, which is almost as good as immunity.

Mogs, to be continued...

This is because they are doing the ground work for the criminal cabal elites so no matter what their ultimate fate they will be rewarded handsomely for disassembling Canada signing away her sovereignty and enslaving her people forever. The End Game was going to proceed with a collapse of the American economy dragging the whole world along. If that didn't happen plan b was WW III and plan c the good old stand-by is of-course Armageddon or total annihilation.

Steve lay prostrate on the ground to these self proclaimed "masters of the universe" kissed their feet and begged to be their humble servant that's how he rose so fast so far. Ever wonder how he got all his money? Not from politics and certainly not from being a mail-room boy at Imperial Esso in Edmonchukski.

His right-wing endeavours were just a bunch of hype and hot air, which never succeeded in getting him anywhere but his prancing in the cold harsh light of the right got him noticed.

Steve has after all attended Bilderberger meets, so had PE Trudeau who eliminated the interest free loans to feed the elite and so had Mulroney who ushered us into the first of many so-called free trade agreements that basically take away a nations sovereignty, which pleased the elite. Some like Harper volunteered, he is a clever elite pleaser, a whore, but many were ensnared in the plot to take over all the resources of the entire planet. They were either set-up then blackmailed or had significant skeletons closeted away from public view.

Follow all links to be brought up to speed and DO watch the video at the end, it's mindboggling.

This is a must read for anyone that cares about their family, friends our collective futures and our planet. Owen this is the most important stuff that's come to light in a while direct from an insider who has educational pedigrees and worked for some of the biggest banks in the world. GOOD NEWS! Dangerous times.

All I can add, Mogs, is that we do, indeed, live in dark times -- and they're getting darker.