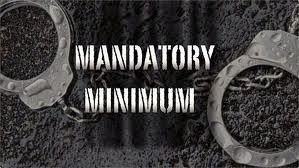 As part of their tough on crime agenda, the Harperites have instituted mandatory victim fines. They claim that the fines will ensure justice is done. But, Michael Spratt writes, the fines have nothing to do with justice -- and judges have refused to impose them:

Given the lack of evidence supporting the use of minimum penalties and the potential negative impacts of mandatory victim fines, the current confrontation was entirely predictable. Conflict between the courts and government is what you get when legislative ideology isn’t backed up by facts.

Turning a blind eye to evidence and expert opinion is a dangerous game. Poor policy choices can have lasting and substantial impacts on Canadians and their communities.

Had it looked at the facts, the problems with mandatory victim fine should have been obvious to the government. For many people convicted of crimes, even a few hundred dollars is a lot of money. Such fines impose undue financial hardship on people already living at the margins of society.


But this is a government which steadfastly refuses to look at facts. It is absolutely convinced that it is a fountain of truth. The facts be damned. According to Spratt:

But the mandatory victim fine laws aren’t about evidence. They aren’t about helping victims. They’re about politics. Justice Minister Peter MacKay claims that, when he was a prosecutor he routinely saw  judges "simply waive [fines] out of hand."

But did MacKay — as a prosecutor — ever appeal one of these egregious and inappropriate uses of judicial discretion? As justice minister did he ever direct his prosecutors to appeal judges who waived the surcharge?

If MacKay was truly concerned about victims why did he not appeal decisions that he now characterizes as inappropriate and harmful to victims?


No, mandatory victim fines aren't about justice. They're about buying votes in the next election. They're about ensuring some voters that vengeance is theirs.

You do have to wonder about a government which imposes fines upon people who can't pay them. How do they intend to collect? Will they imprison those who can not pay? That of course would get us one law for the rich and one for the poor. O.K. we already have that so what is this really all about? Perhaps keeping the poor in jail longer than necessary? it would of course help those who run private prisons, once the slimers bring them into Canada.

if the slimers actually cared about victims, they wouldn't wait until they got the money from the convicted criminals. They would implement programs asap. But as we have seen, the slimers don't really care about people. Just ask the veterans who hve been abandoned by this government.

Prisons have all kinds of uses, e.a.f. When Jim Flaherty was seeking the leadership of the Ontario Conservatives, he suggested that prisons were a cure for homelessness.

The real problem is that, for the Harperites, justice means punishment.