A Country For The Young 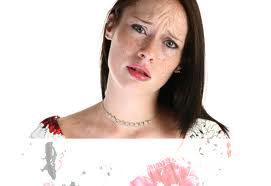 John Ibbitson, in the Globe and Mail, worries about declining voter turnout. In all recent federal and provincial elections, turnout has gone south:

Ontario set a grim new standard last week, when only 49 per cent of electors cast ballots in its provincial election. The tentative turnout number from Tuesday’s election in Newfoundland and Labrador is 58 per cent, also a record low

Prince Edward Island looked better, at 76 per cent, when it voted Oct. 3, but that actually was the lowest turnout since 1966, when the province started keeping records.


According to Elections Canada, the reason turn out has declined is because young people increasingly stay away from the polls:

A study for Elections Canada published earlier this year found that as each new cohort reaches the age of 18 and becomes eligible to vote, its members participate in fewer numbers than the cohort that came before. Only a third of first-time voters today are actually voting, half the rate of a generation ago.


But beyond the statistics, there is a simple truth: Ours is a society which does not focus on opportunities for the young. We baby boomers have influenced public policy since we arrived. The population bulge we spawned has driven education policy, health care policy and pension policy since the end of the Second World War. And now, even in retirement, we refuse to leave the stage.

It's not that we don't have legitimate concerns. The problem is that our concerns have swamped the concerns of our children and grandchildren. It's time they had their say. And until they do, voter turnout will remain low.