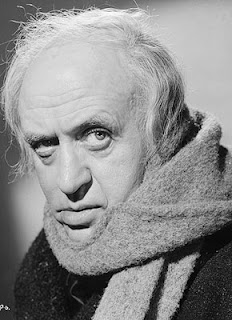 Last week, Brian Topp had the temerity to suggest  that it was time to raise taxes on the wealthy and on corporations. Jim Flaherty, predictably, called that notion "dreamy." In the last federal election, none of the parties dared make such a suggestion. When Michael Ignatieff wondered aloud on the issue, everyone rained on his parade. But, Lawrence Martin writes this morning, things have changed:

The tax breaks of the affluent class are becoming an issue everywhere. Debts and deficits, which were accrued in good part because of ideologically inspired tax-cutting, have reached threatening levels. As the global downtown drags on, the ever-growing income gap between haves and have-nots is being showcased. Economic nostrums such as deregulation are increasingly being called into question.


More than that, there is the simple question of social justice, a phrase which is absent from the Conservatives' vocabulary. Instead they speak glowingly of their management of the nation's finances:

They trumpet the splendid economic fundamentals, many of which – an example being the regulation of the financial sector – were put in place by previous governments.


Historically, Canadians have accepted higher taxes as the cost of a just society. While interim leader Nycole Turmel does not have the gravitas to make the argument, there are many in the NDP caucus who do have the necessary skills. "In Mr. Topp, Thomas Mulcair, in Peggy Nash and others they have an impressive set of leadership candidates who are unflinching."

During the minority years, the opposition parties blinked continually, afraid to bring on an election. Now, while the Harperites use their new majority to ram through all kinds of regressive legislation, the opposition parties have the time to define this government. The Harper crew is the spawn of Ebeneezer Scrooge. It's about time someone had the courage to say so -- again and again.

Email ThisBlogThis!Share to TwitterShare to FacebookShare to Pinterest
Labels: The Return of Scrooge

Tax cuts are supposed to spur economic growth by letting investors have more to invest.

But when investors don't invest, or they invest in criminal fraud (because nothing else is paying as well), then you have deficits and then you get cut-backs in public spending which reduces GDP and quality of life.

They have more money than they know what to do with.

Exactly, thwap. There's plenty of capital and plenty of labour. But this government is hellbent on keeping them apart.

And I just posted an entry with rare praise for the Conservatives.

I agree with you of course.

I just read an article on the economy of Argentina. This country has interested me since it defaulted in 2001. It has recovered in part by rejecting the orthodoxy of conservative neo-liberalism. If you are interested read it here. http://www.google.com/hostednews/ap/article/ALeqM5jCAspljH5xSumsfgr-CTQOTpxYwg

Of course they invest in criminal fraud. What else, really, is there to invest in when government seems determined to make it impossible for the investor to identify the fraud, or to stop it in the first place.

Canada's self-regulated auditors are switching the country over to International Financial Reporting Standards. And it's not like Canada's never had a Bre-X or a Nortel where malfeasance was covered up even under the old auditing standards. IFRS gives corporate managers more freedom to produce misleading and manipulative reports to trick investors, legally.

The Ontario securities regulator is setting up a system of what might as well be medieval-era church indulgences. You do something wrong, they want you to come forward without admitting any guilt/liability and settle for some money, and then everybody moves on. Proper investigations take too long and are too hard and someone might appeal. But what financial criminal is going to volunteer to give themself up unless it's far cheaper than the alternative?

Thanks for the links. As the first points out, the argument that the rich are merely swindling the rich is patently untrue.

Ordinary taxpayers bailed out those who created the financial casino. And government continues to do the bidding of the casino owners.

Those in power claim they are are protecting the common man and woman. That's the fraud behind the whole facade.

They did the right thing in the Jamie Hubley case, Philip -- although, having taken a look at what is in their new crime bill, I question their sincerity.

More to the point, conservative neo-liberalism got us into this mess and -- from what I read -- the Harper government has no intention of re-examining its economic philosophy.

Excellent work, Elf -- and most appropriate at this time of year.