Is The West In Charge? 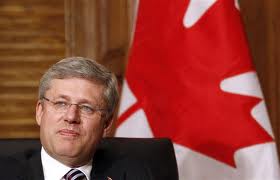 John Ibbitson wrote in Friday's Globe and Mail that the ascension of the Harper government confirms a power shift which has been happening in this country for over two decades. "The West," he writes, "isn't just in. It's in charge."

What does this mean for our politics? A powerful government that prefers market-based approaches rather than regulation, as the Wheat Board bill shows. A greater emphasis on Asia-Pacific issues: Mr. Harper is travelling to Hawaii, Australia, Thailand and probably China – for the second time in three years – in the coming weeks. And a federal industrial strategy, to the extent there is one, that will focus more on broadening the base in Alberta and B.C., and less on scraping the rust off the Ontario manufacturing belt.


Certainly that is what the Harper government believes.  But Mr. Ibbistson is given to overstatement. Despite his majority, the election results -- recently confirmed in provincial elections -- suggest that Stephen Harper is, and always has been, prime minister by default.

Like the George W. Bush Republicans, who squeaked into office in 2000, the Conservatives are interpreting their victory as an historic realignment of the country -- a realignment which was supported by 25% of Canadian voters. Canadians know who Mr. Harper is and they will tolerate him -- for awhile.

There is a recurring theme in Canadian newspapers -- nearly all of whom supported the prime minister in the last election. And that is that the Conservatives will be "in charge" for a long time. They would do well to remember Karl Rove's rosy predictions about a stable Republican majority.

Politics is simply too volatile these days to gloat over one's prospects. However, that has not stopped Mr. Ibbitson -- or Mr. Harper -- from doing so.

In recent months, while reading Ibbitson's columns, I picture a man who is all ga ga giddy behind his keyboard, typing every letter with relish. I mean, he talks about waiting for "Wild Steve" to come out and Steve to do his worst and all taht, little does Ibbitson know that all those neo-con ideologies of Harper's have proven over the years to not work.

Ibbitson is clearly a cheerleader for Harper, ck. And, despite how the vote split, all the cheerleaders see is a Harper majority.

They would never see if the Conservatives were sowing the seeds of their own demise.

As the Liberals have learned, what goes around, comes around.