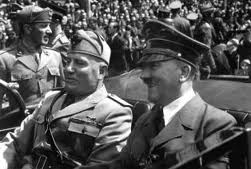 We may be at one of those moments when the whole world changes. Like 1848, 2011 may turn out to be a  historic year for world governments. David Ignatius writes in Friday's  Washington Post that:

What’s intriguing about the eruption of Occupy Wall Street is that it’s so similar to other populist movements that are demanding change in nearly every major region of the world. You can’t help but wonder if we aren’t seeing, as a delayed reaction to the financial crisis of 2008, a kind of “global spring” of discontent.


Those who are in the streets are only unified by the rage they feel toward their countries' elites and by their ability to use social media to accomplish their ends:


The protesters do share some basics: rejection of traditional political elites; a belief that “globalization” benefits the rich more than the masses; anger about intertwined business and political corruption; and the connectedness and empowerment fostered by Facebook and other social media.

We could, indeed, be at a watershed moment. And, therefore, we face great opportunity and great danger.  Ignatiuus warns that:

Much of the world’s neo-populist anger is justified, given the greed and folly of recent years. What worries me is the echo of the 1930s, a similar period of economic change and dislocation. When the traditional business and political leaders seemed to have failed during the downturn of the ’30s, populist indignation veered sharply right and left — toward dangerous movements that expressed national indignation at the point of a gun.


The United States had Franklin Roosevelt who could, Ignatiius writes, "rehabilitate the center." Germany had Adolf Hitler and Italy had Benito Mussolini. The leaders who emerge from the rage will make all the difference.

This entry is cross posted at The Moderate Voice.
Posted by Owen Gray at 9:36 am

Email ThisBlogThis!Share to TwitterShare to FacebookShare to Pinterest
Labels: A Global Spring?

We are not taught much about the extensive social reforms Hitler implemented - large public works programmes, razing slums and replacing them with affordable housing, the massive autobahn project. Those gained him the popularity needed to pursue rearmament and territorial aggression.

I don't see that OWS style movements have the same hyper-nationalistic overtones. That is not to say there's no room for a charismatic malefactor to harness this energy to perverted purposes. That, of course, is precisely what occurred with the Tea Party movement. Maybe it's a good thing that those particularly susceptible to fear and hatred have already been skimmed off.

The people will lead, of course. Just as they run the Central Bank. I imagine the solution will be good for another 50 years before anyone realizes what's going on, and good for another century of wealth extraction.

Mark Twain would probably agree with you. He felt -- particularly in his old age -- that there wasn't much hope for "the damned human race."

In my darker moments, I agree with him. Still, I occasionally hope that we can learn something from history. Perhaps now is such a moment.

And Mussolini's claim to fame was that he made the trains run on time, Mound.

The immediate results achieved by dictators can be mesmerizing. It's the depth and breadth of vision -- and a deep understanding of how and why people are frustrated -- that make the difference.

I wouldn't recommend it as a compulsory experience for any leader. But I'm sure it gave the man the courage to stand up against his own class.