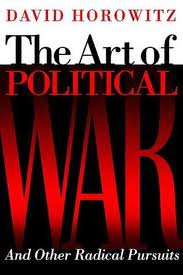 The Harper government has turned Von Clausewitz' dictum -- that  war is "politics by other means" -- on its head. For this prime minister,  politics is war. Last week, he moved to finally obliterate the long gun registry, records and all. The Canadian Wheat Board is next in his sights.  Eight years ago, he demolished the Progressive Conservative Party of Canada. And, in the last election, he almost did the same to the Liberal Party of Canada.

His next target, Lawrence Martin writes, is organized labour. Mr. Harper sees the NDP's ties to labour as its Achilles heal. And he's betting that union bashing wins votes:

A series of recent anti-labour moves by the Conservatives have been judged as politically popular. Lisa Raitt, the union-bashing Labour Minister, has racked up points in using heavy-handed tactics to prevent strikes by postal workers and Air Canada flight attendants.

In a sure signal of the government’s hard-line intent, she said last week that she was considering changing the Canada Labour Code so that the economy will be defined as an essential service. In that almost any strike could be said to affect the economy, such a move would give the government extraordinary arbitrary powers.


The Harper government has no intention of serving as a mediator between management and labour. It has made it clear that, in any negotiation, it sides with the bosses. And recent history is on the side of the bosses:

The strength of unions has declined significantly over the years. They accounted for 38 percent of the Canadian work force in the 1980s, but only about 30 percent now. Big labour supporters argue that just as unions have declined so has the middle class and so has the gap between rich and poor increased. It was the unions that were a major force in creating middle class prosperity, they say.


Mr. Harper says that his government stands up for the little man. But the growing income inequality of the Harper years belies that claim. Like all modern conservatives, Stephen Harper has declared war on the poor -- and anyone else he considers his enemy.


Some years ago, taking his cue from Sun Tzu, David Horowitz wrote a book titled The Art of Political War.  But before Horowitz, George Orwell reminded us that Big Brother needed perpetual war -- with interchangeable enemies -- to successfully remain in power. That war was fought under three banners: War is Peace, Ignorance is Strength, Freedom is Slavery.

Email ThisBlogThis!Share to TwitterShare to FacebookShare to Pinterest
Labels: Conservative Attitude Toward Labour

Scary. You almost have to think that the CPC have a copy of 1984 in their office, except as a how-to guide. War Is Peace. Ignorance Is Strength. The more they hide from facts, hide facts behind closed committee doors, stop the gathering of facts, fire people who point out inconvenient facts to the media, "separate" scientists from their place of work... they want Canadians to be ignorant, and they're willing to be ignorant themselves, as long as they get power.

And with the CWB, where they've neglected any serious, evidence-based, economic arguments (somehow farmers will both get more money for their grain AND bread prices will go down), they've forted up behind an emotional appeal to freedom. So in a few years once the multinational grain corps have moved in, Freedom Is Slavery. The lower grain prices, and the higher grain shipping, grain storage, and oil prices, will leave small farmers lucky to keep their shirts after the mortgage.

These folks have no sense of irony. They do, indeed, appear to have read 1984 as a how to manual.

The next four years will see lots of changes -- changes which will diminish the dominion.

Historically (or anthropologically) speaking, I think a case can be made that politics *is* in fact an extension of war by other means. Violence has often been seen as the most appropriate way to end or manage disputes. Politics, insofar as it is a technology that helps us live together without killing each other (as much) is a fairly recent invention, in the grand scheme of things.

I think the problem with Harper is not so much the means he chooses to employ (though his abuse or complete disregard of the democratic process is problematic in itself). The problem with Harper et al has more to do with the ends they pursue, rather than the means they employ. They identify a dispute as a conflict of a certain sort, choose a side, and fight to destroy the enemy.

You're right. They would rather side with management against labour than accept that both management and labour are legitimate actors, integral parts of the system that deserve respect.

In one sense, any conflict is a "war." But the idea of war certainly suggests a matter of degree.

Deliberative bodies deal with conflict all the time. But the sine qua non of any democratic institution is that the participants possess legitimacy.

The Harperites start from the position that their opponents are illegitimate and must, therefore, be destroyed.

As Caesar warned Marc Antony, "Such men [and women] are dangerous."