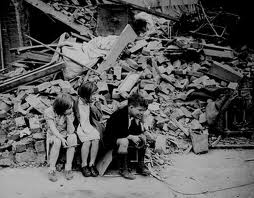 Surveying the wreckage of the Conservative campaigns in both Manitoba and Ontario, Andrew Coyne offers this analysis:

In short, conservatives in this country, at least of the partisan, capital-C variety, have lost their nerve. They do not believe in themselves, yet somehow hope the public will. They reek of flop-sweat, calculation and guile, yet ask the public to trust in their leadership. They offer no alternative, yet campaign on “change.” It is a formula guaranteed to fail, as it has done, over and over again. Yet it is the one they return to, over and over again.


Instead, he suggests, Conservatives have adopted a nudge and wink campaign, essentially saying, "You know what we mean, but we're not going to say it." Coyne writes that the public is not fooled:

They can smell fear, and they can tell when people aren’t being straight with them. Don’t want to be accused of hidden agendas? Have an agenda. Don’t think you can sell that vision? Find another line of work. You’re in the persuasion business.


His advice to conservatives is to develop courage for their convictions. But it's not quite that simple. The public not only smells fear. It sees wreckage. Ontarians remember what the Harris Conservatives left in their wake. They see Doug Ford hellbent on the same path. And all Canadians see the unadulterated folly of the so called "compassionate conservatism" of the second Bush administration.

Until modern Conservatives have the courage to confront the wreckage they have left behind, there will be no Conservative Renaissance.

I'm a bit confused by the opinion that the PCs in both MB and ON lost badly. They were virtually tied with the "winning" parties in both provinces in terms of popular vote. It's only the idiocy that is FPTP that resulted in a huge majority for the NDP in MB and an almost-majority for the Libs in ON. The election results in both provinces (esp. MB) and also PEI earlier, and most NL this week, simply do not reflect how people actually voted.

In the FPTP system, it's not just popular vote which counts, but the efficiency of the vote.

That efficiency worked for Stephen Harper. It didn't work for Tim Hudak.

Still, as Coyne says, Conservatives opened their campaigns with significant leads. The campaigns made a difference.

What's Coyne getting at though? What "agenda" and "vision" does he advocate?

Because, as you say, voters have seen wreckage of harrisite, Fordite, policies.

If Coyne isn't for Ford, then what is he for? What is "conservatism" supposed to mean as far as practical policy goes? (I would imagine that he'd have to be somewhat happy with McGuinty's trend.)

I wouldn't be surprised if Coyne was happy with McGuinty's win, thwap.

Remember, he let it be known during the last Federal Election that he was voting Liberal -- primarily because he felt that Conservative contempt for parliament couldn't be allowed to stand.

As for his advice -- have the courage of your convictions -- that's good advice for any party.