When Mean Rules the Roost 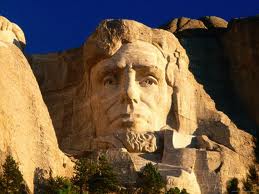 In today's Washington Post, E. J. Dionne reminds his readers what the Republican Party used to stand for:

The Grand Old Party instituted the Homestead Act and created land-grant colleges, the interstate highway system, student loans, the Pure Food and Drug Act and even a prescription drug benefit under Medicare.

It was Richard Nixon who supported laws establishing the Environmental Protection Agency and the Occupational Safety and Health Administration. In signing the OSHA bill, Nixon called it “one of the most important pieces of legislation, from the standpoint of 55 million people who will be covered by it, ever passed by the Congress of the United States, because it involves their lives.” Yes, government regulations save lives, a view now heretical in the GOP.


Now Republicans see government as the root of all evil. Beginning with Ronald Reagan, they have campaigned on the slogan, "Government is not the solution to the problem, it is the problem."  And, therefore, the best way to kill -- or starve -- the beast is to cut taxes. But Reagan championed across the board tax cuts. These days, Republicans consistently favour tax cuts for the rich and  -- in a new twist -- complain that the rest of society doesn't pay enough in taxes.

Dionne writes that, even if the less affluent don't pay income taxes, they "still shell out a significant share of their earnings in payroll, sales and (directly or through their rents) property taxes."  Thus, the party of Lincoln has completely abandoned its historical base. They have forgotten his warning: "These capitalists generally act harmoniously and in concert, to fleece the people."