The Rebranding of Canada 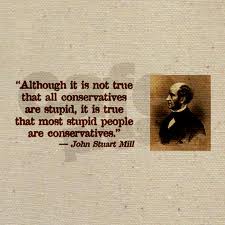 The Harper government has been working overtime to rebrand Canada. They hate what they see as the "mushy middle" which, for nearly one hundred and fifty years, has been the secret of Canada's success. They view with disdain the two parties that practiced the politics of balance -- the Liberal Party of Canada and the Progressive Conservative Party of Canada.

No, they proclaim, they stand for something. But what, exactly, do they stand for?  Lawrence Martin captures their vision pretty accurately:

Under the Conservatives, Canada is a country that venerates the military, boasts a hardened law-and-order and penal system, is anti-union and less green. It’s a government that extols, without qualms of colonial linkage, the monarchy, that has a more restrictive entry policy, that takes a narrower view of multiculturalism, that pursues an adversarial approach to the United Nations. In a historical first, Canada’s foreign policy, its strident partisanship in the Middle East being a foremost example, can be said to be to the right of the United States.

In a nutshell, the cliché about Canada’s being a kinder, gentler nation is being turned on its head. In hockey parlance – the preferred Canadian way of communication – we’re shifting, with voter approval, from a country of Ken Dryden values to one closer to those of Don Cherry.


The Conservatives believe that those who hold a different vision than they do are -- in Cherry's terms -- "pukes." They have nothing put contempt for the other side. Still, writes Martin, "It’s hard to conceive that a country inured since its birth to centrist precepts could move off those moorings as passively as it has."  After all, the Conservatives came to power with the support of 25% of Canadian voters. Nonetheless, they claim that support underlies their decisions to abolish the Canadian Wheat Board, to abolish the gun registry and to lower corporate taxes.

They do this as people around the world have taken to the streets to protest exactly what they stand for. The Harperites proudly stand behind a brand just as the world is burning it in effigy. The people in the streets understand that John Stuart Mill was right.

Email ThisBlogThis!Share to TwitterShare to FacebookShare to Pinterest
Labels: The Conservative Brand