The Price Of Moral Clarity 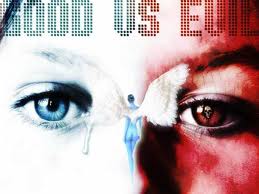 Historians will not be kind to Michael Ignatieff. They will point to the collapse of the Liberal Party under his leadership -- although, in truth, it was a long time coming. He happened to be there at the fall. But, in the wake of John Baird's address to the United Nations last week, his review of Alan Wolfe's book, Political Evil, deserves careful consideration.

Modern conservatives like to think that, when it comes to international affairs, they stand for moral clarity. Certainly Baird likes to think that's what he stands for. But, Ignatieff writes,

We are indiscriminate in our use of the language of evil, Wolfe argues, because we like what the language does to our own moral standing. It makes us self-righteous. To call others wicked is to give us a moral privilege we may not deserve and a moral permission we are likely to misuse. The language of good and evil only seems to create moral clarity: It actually creates moral entitlement.

And the Harperites bring that same sense of moral privilege to foreign policy. Their uncritical support of Israel comes from the same place. But, Ignatieff points out:

We need to set aside moral frames of good and evil that assign our politics - and our military - tasks they cannot accomplish; we need to stop seeing international politics as a morality play in which our role is to back innocence and victimhood against malignity and viciousness; we need to counter the politics of violence with a politics that drains evildoers of support and drives them to the margins. We need the inner discipline and self-knowledge to refuse the temptations of believing that we are always on the side of the angels.


The central flaw of the present government -- and one suspects that it goes back to the Prime Minister himself -- is the conviction that it  is always on the side of the angels. When one is certain that the Gates of Heaven will open upon one's arrival, one needs not admit imperfection.

Truth disappears for those who believe they possess moral clarity.
Posted by Owen Gray at 9:11 am

It's all in the spin. Buzz words and catch phrases. You have the recipe for kool-aid du jour.

Today, it's the Omnibus bill. Omnibus bills are hideous for most of us who dare think outside the box, but great for the government putting it out for one reason; it's an opportunity to package a bunch of unpopular, hideous pieces of legislation and throw in something sure to be popular, everyone will love. Then to sell it, only highlight the popular item(s)and not even address the bundle of hideous bills.

When the omnibus bill was tabled, how did Toews and Harper and their merry band of thieves spin it? It supports victims! It will protect children! It'll put away pedophiles for much longer times! Who can argue with that? And anyone who disputes the bill would be labelled as someone who sympathizes with child fondlers and hates victims. Put Senator Pierre-Hugues Boisvenu (I always knew there was a calculated reason for Harper appointing this man to the red chamber)front and center before the cameras, a sympathetic man to most, as he was/is a grieving father who lost his daughter to a violent crime, well... you see where I'm going with this. No wonder the opposition is so ineffective! They're afraid as being known as "soft on crime" or "hug a thug".

On CJAD's noon hour's "Free for all", a half hour segment of debate where Tommy Schnurmacher, Aaron Rand and Ricky Petersen were all unanimously ga ga giddy over omnibus bill. Seriously, that studio was in serious need of a grown-up to bring reason; to put the breaks on. Aaron Rand and Petersen were saying that nailing the pot plant grower and cost of bill was all worth it if pedophiles were all taken off the streets! Rand went in so far as saying that California's 3 strikes law helped in the war on drugs! Somebody didn't do their homework, obviously.

After careful reading of all the bills packaged and such, as well as the critics, too bad Mr. Rand, Pot growers will have higher sentences than pedophiles.

Again, through studying the bill, they claimed better support for victims, after all, I wanted to see if this was true. Well, guess what? What support for victims? I couldn't find much of anything, really. I mean, in the sense there is no real support that really means anything. No support to actually help them and their families (if they have one) move forward with their lives (vocation, health care, financial compensation, if need be).

So while they parade Boisvenu, who by the way, obviously didn't study his own government's bill, to promote this in a dog and pony show,with the help of the media, who also doesn't do it's job by digging further, lies are sold, or at the very least, the details are embellished. They say they're keeping pedophiles off the streets and supporting victims while this bill does very little of those things,as I've said, pedophiles will have lighter sentences than pot growers, but rather focuses on punishing and stamping the permanent label of "criminal" of folks rather than rehabilitation and prevention and a step toward infringing on everyone's civil rights.

The Conservatives have been frustrated for years, ck, because they have not been able to enshrine the principle of "vengeance is mine."

In fact, they are all about getting even -- with criminals, with Liberals, with anyone who stands in their way.

After yesterday's Insite ruling, you can bet that they've added the Supreme Court to their list.

It's unfortunate Mr. Ignatieff didn't espouse these sentiments while he was Liberal leader nor in his Harvard years when he advocated a robust American foreign policy "with teeth." Even Harper didn't give Israel pre-absolution for its excesses in its brutal Gaza invasion. Perhaps Ignatieff's political disasters have fueled a change of heart but I remain highly skeptical that it's genuine.

I've taken to using the word a bit lately, but "evil" has no practical meaning.

There are deluded people who harm others through their delusions.

There are ignorant people who do the same with their ignorance.

And their are twisted people who are selfish and cruel either through some chemical imbalance or personal trauma.

But basing foreign policy on the lazy use of words like "good" and "evil" can only lead to disaster.

Which is not to say that ethics has no place in international diplomacy. Just that the world is not a super-hero comic.

Unfortunately, Mound, Ignatieff served as an excellent illustration of the Peter Principle. As a teacher, he had found his calling and his place.

As a politician, he was way out of his depth. To his credit, he seemed to recognize that -- albeit belatedly.

Your comment goes straight to the point, thwap. The world is not black and white. It never was.

"Ethical" implies that you can walk around in someone else's skin -- as uncomfortable as that may be -- before you render judgment.

Perhaps it is best summed up in that old phrase, "there but for the grace of God. . ."

All of us could do what some of us do. The difference, sometimes, is that we are luckier than others -- because our circumstances are less challinging than theirs.

Unfortunately, Thwap, there are a few exceptions who are genuinely evil. Clifford Robert Olson was such a person. He told an officer that, if he was ever released from prison, he'd go right back at it killing kids. From prison he wrote his victims' families, revealing in pornographic detail the atrocities he inflicted on their children before he slaughtered them. In rare cases, "evil" does very much have meaning.

Some kinds of evil are so horrific they defy explanation.

One gets the impression that the majority of Conservative MPs don't read their own legislation. When they discuss legislation together, they likely sit down, drink some beer, and repeat the talking points their superiors gave them interspersed with comments full of self-righteous feeling against "communists", "criminals" and everyone else who isn't them.

An echo chamber of ignorance, where no dissenting thought is permitted. Not even the positions and principles they held (or claimed to) before gaining power.

When your leader is devoted to self preservation, what others think simply gets in the way.

I thought it was very telling when the Prime Minister's response to the Insite ruling was that "we have a different policy". No, no no! The Supreme Court was not suggesting another policy, they were stating the law and its application. They were not debating a policy. A more embarassed humble response for failing to act according to the law would be in order. I don't think Harper understands the notion of the "rule of law" as well as he should.

For me, Philip, one of Harper's most revealing comments occurred when he decided to take a joy ride on that ATV.

His security team told him that he should pay more attention to security protocol.

His response was, "I think I make the rules."

At the moment, the only real check against the Prime Minister resides with the Supreme Court.

Perhaps we overlook that ideology and principle are not always interchangeable. To me, principle has a sound rational foundation such as fact and science. Ideology, substituting for principle, can be just as powerful even if merely conjured up out of fantasy and whole cloth. Harper rejects science and rational thought in favour of ideology and gut instinct. Hence his moral clarity is delusional, perverted.

It's interesting that Harper -- who was educated as a technocrat -- has such disdain for the tools of technocracy.

It seems that he only has a small toolbox and a limited number of tools.

What he's missing is what we used to call a "liberal education." He lacks both width and depth -- and he's managed to convince a small but influential audience that he's smart.

Is it really that surprising that an educated individual who can then embrace fundamentalist precepts such as biblical inerrency would have any difficulty rejecting fact and science? The chairman of the House enviro subcommittee believes global warming is nothing to worry about because God said he would never send another great flood.

This then is the stunted intellect that today controls the levers of power.

It's sad, Mound. But it's also deeply embarrassing. Surely, as a country, we're better than this.

What's surprising is that we tolerate such foolishness.