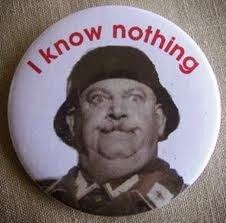 Ken Dryden writes, in this morning's Globe and Mail, that Stephen Harper is the prime minister of Canada and Rob Ford is the mayor of Toronto because people are mad as hell:

People everywhere are mad. Mad at their jobs, mad at the money they don’t make. Mad at others for getting the chances they don’t. Mad at seemingly getting the short end of every stick. Mad at the mess around them: crime, litter, traffic. In stores, on phones, mad at being treated as if they don’t matter. Mad that others get away with everything they don’t, mad at not being able to stop them. Mad that life isn’t what they thought it would be. Even those who have done well – mad that others’ stick is longer.

And together, mad at all those people who have the power, or believe they do. People who think they’re so smart. Who know everything. Who study and analyze. Who have all the facts. Who sound so smug, so superior. Who make everyone else feel so stupid.


That's the great divide in our politics. Dryden describes that battle as a contest between the know-nothings and the know-everythings:


Both Harper and Ford know how to play up to the know-nothings. This morning, Stephen Harper tells Global News that when he learned of Nigel Wright's cheque to Mike Duffy he felt "anger, betrayal, disrespect ... disappointment." And, every time Rob Ford opens his mouth, he proves he's a card carrying member of the know nothings.

The problem, as Andrew Coyne wrote earlier this week, is that knowing nothing leads you to a very dark place -- and to stupid government policy. From income inequality to the tragedy of Lac Megantic, the evidence of that stupidity is everywhere.

There is such a thing as righteous anger. But -- most of the time -- when people get angry, they get stupid.

Email ThisBlogThis!Share to TwitterShare to FacebookShare to Pinterest
Labels: Anger And Stupidity

Your post, Owen, clearly delineates the massive obstacle to change that our country faces. Would it were otherwise.

We're our own worst enemies, Lorne. Anger clouds our judgment -- and we wallow in our own stupidity.

Absolutely, rumley. We have done this to ourselves.

Who needs policy, vision and courage when you can plunder the low hanging fruit by appealing to fear, hatred, paranoia and every other base instinct? Our descent into corporatism will be steered by technocrats like Harper at the controls.

It's an old con game, Mound. Appeal to the mob and -- before they turn on you -- they'll do all kinds of nasty stuff.

The trick is to get out of town before the mob comes to understand that it's been had.

The only way to get rid of a Fascist Dictator such as Harper, is to mutiny and run Harper out of our country.

However, Canadians are far too placid and, Harper depends on that. Harper also signed a deal with, the Red Communist China Army. Hasn't anyone understood why, Harper is gutting our military?

Harper is counting on an apathetic population, Anon. As long as they're not mad at him, he'll stay where he is.

In the meanwhile the Americans are preparing for war with China. What does that tell us?

Anyone up for a game of insanity called little red harper fed pig in the middle?

We will be torn to shreds, is this what Harper and his global masters are up to? Depopulate Canada to rid the 'masters of the universe' objection to their iron fisted grab of Canada's natural resources and her water?

Let's hope that Harper and Co. will not get the opportunity to carry out those pipe dreams, Mogs.

it always amazes me when people throw in with others, who do not have their interests in mind. What could Rob Ford and his supporters really have in common. yes, some of them drink and drive, some of them have substance abuse problems, some of the engage their mouths before their brains, but really what do they have in common with him.

The guy comes from a family which is very wealthy. He himself is wealth. Now what could he do to help you? Nothing. Even if he could he wouldn't because you are not on his radar.

There have been some interesting studies done in the U.S.A. about people who think medical advise from actors is good advise. what the person wants to do is at some level aline themselves with that person and reflect in their fame. Just because you drive the same car as Hugh Jackman doesn't make you Hugh jackman. you never will be. Hugh jackman isn't Hugh Jackman. its the image. people ought to sit down and figure out who they are and go with that, not try to be part of something they aren't.

True, e.a.f. And his supporters will eventually become his victims.