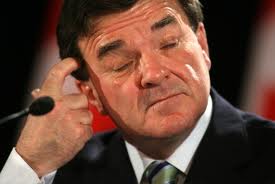 Minister of Finance Jim Flaherty announced recently that his government is going to get serious about cutting costs:

"This is hard work," he said. "And of course, there can be numbers between five and 10 per cent and some departments can do more than 10 per cent."


As part of that cost cutting exercise, the government plans to reduce the number of Service Canada offices from 120 to 20. As offices and staff have been reduced, the result has been a  two month delay in issuing unemployment cheques to 1.4 million Canadians.

In the wake of this news, Carol Goar writes that tax breaks account for a sizable portion of the cost of government. The government has decreed that information on those tax breaks is not to see the light of day:

But over the years, frustrated public officials — a former auditor general (1986), a researcher in the parliamentary library (2006) and Canada’s parliamentary budget officer Kevin Page (last June) — have disregarded this directive, seeking to provide Canadians with a rough idea how much is going out the back door.

In that tradition, here is the value of all the tax expenditures in the 2011 report, released this week: $152 billion.

To put that in perspective, the government’s total program spending in 2011 amounted to $248 billion.


And, as anyone who has followed Stephen Harper's progress knows, the number of tax breaks has been growing. Goar enumerates some of them:


Yet, by accounting sleight of hand, none of those breaks show up as costs. It's an old trick. George W. Bush kept the cost of two wars off the books for eight years.

Those of us who remember Mr. Flaherty's tenure as Minister of Finance for Ontario know that he has great difficulty balancing the books. But, in truth, the call isn't his. It's Stephen Harper's. And Harper -- for more than a decade -- has been selling the notion that he is an economist.

Both gentlemen are math challenged.