Whose Brain Is Half Full? 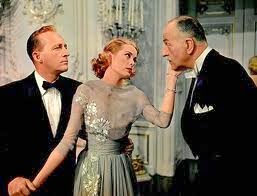 Kelly McParland recently nominated the Occupy Movement for The National Post's "brain half full award."  He scornfully described the movement as:

People lying around in tents in downtown parks because somehow that will combat “corporate greed”, or solve one of the two dozen other complaints they had, which essentially boiled down to: “I want the world to be different, but I don’t want to have to put out any effort myself, other than hanging out in this tent.” In the U.S. there was real reason for protest; in Canada it was mainly, “Hey, look what they’re doing in New York. I wanna do that too.”

But reports this morning in The Globe and Mail and The Toronto Star suggest that the  Post's collective brain is half full. Consider the position of Canada's top 100 CEO's:

The 100 highest paid chief executives whose companies are listed on the S&P/TSX composite index made an average of $8.38-million in 2010, according to figures pulled from circulars by the Canadian Centre for Policy Alternatives, a left-leaning think-tank.


During the same period:

Regular Canadians, on the other hand, have seen their wages stagnate over the past few years. In 2010, after adjusting for inflation, average wages actually fell.


Put another way, on this -- the third day of the year -- the average Canadian CEO has made more money than the average Canadian will make all year. Hugh Mackenzie, the author of the report, says that Canada's business elite and the rest of Canadians are living on two different planets:

“The people at the very top of the income scale — and CEOs are at the top of the top — have really launched themselves into a kind of economic interplanetary travel. If the rest of us are on earth, they're off somewhere else in a different world. I think that's unstable.


And Stephen Harper says that cutting corporate taxes will create more jobs, while .E.I. contributions should be raised. Something's wrong with this picture. Those folks in the tents know what's going on.
Posted by Owen Gray at 9:03 am

Economics was just one subject my dad used to teach before retirement. Every time he hears the term "job creators" in reference to corporate tax cuts and those Bush tax cuts to the wealthy south of the border, he cringes, then he goes into a tangent of endless mocking of them.

Your dad recognizes swill when he hears it, ck. He doesn't have to see it.

If only more people had his ability.

Says Kelly MacPharlando, who then returned to the teat of his wingnut welfare sow.

If McPharland had to spend a few cold nights in a tent -- not knowing where his next meal was coming from -- his perspective might be a little different, thwap.

What always surprises me is that so many of the supporters of wealthy renegade Wall St and its CEO's are "little guys" like us. Are they in denial, guilty of wishful thinking, or just illogical?

As Mr. Mackenzie said, Chris, they have been living on a different planet. They haven't visited this one for some time.

And, as an afterthought, it seems to me that it's easy to hate the people you never see. Meeting them -- really meeting them -- might cause a person to change his or her opinion.