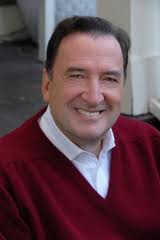 Daniel Veniez argues that, under Stephen Harper, Ottawa has become a "passive investor" in the provinces. Harper's view of the Canadian Constitution is that of a Biblical fundamentalist -- the words in the BNA  Act are immutable. The problem is that recent governments have paid too little attention to chapter and verse. He argues that, in 1867, John A. Macdonald and his associates favoured a highly decentralized federation.

Yet that is a curious argument. Veniez points out that:

The Fathers of Confederation designed a constitution where the federal government was the lead government. Our first Prime Minister, Conservative Sir John A. Macdonald, believed that a strong and dominant national government was vital to developing a sense of shared nationhood.


Stephen Harper's Conservatives forget that Canada was born in the wake of the American Civil War. Macdonald was adamant that the kind of fracturing which had occured in the United States not occur here.

Harper lacks Macdoanld's national vision. In fact, his politics are closer to Alexander Mackenzie's than Macdoanld's. Mackenzie believed that a national railroad which crossed the Rockies was simply inefficient. He suggested that the route meet American railways further south and then turn north to Vancouver. Macdonald argued that the railway was about national unity, not just economic efficiency.

Canada's health care system is the 21st century equivalent of the CPR. To Stephen Harper, it is an accounting problem. There are consequences to Harper's view of Confederation. Veniez writes:

Strengthening the spinal cord of the nation requires leaders – in Ottawa and the provinces – that believe this is important. The consequence of ignoring the real power of a cohesive national action on various fronts is a more fragmented and dispersed federation than ever before. One need look no further than the skirmishes and cleavages on everything from energy and climate change policy to health care, securities regulation and immigration, just to name a few.


Stephen Harper would preside over the dissolution of Canada  --  if it meant turning a profit.