Oil Is Their Lifeblood 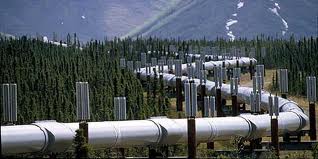 If there was any doubt that the Harper government is owned by the oil companies, Joe Oliver's rant last week against foreign "billionaire socialists" should put an end to any misconceptions. As Jeffrey Simpson points out, Oliver's oxymoron was yet another example of Harperian hypocrisy. Canadian money flooded Washington a year ago in support of the Keystone Pipeline:

To influence U.S. opinion, both at the level of legislators and the general public, Canadian companies poured untold millions into the fray. They papered Washington with lobbyists, including someone who was once high up in Secretary of State Hillary Clinton’s campaign for the Democratic nomination and two former U.S. ambassadors to Canada. The Harper government put Canada’s entire diplomatic apparatus in the U.S. behind the Keystone campaign. The Prime Minister himself went to the U.S. and declared approval of Keystone a “no-brainer.”


Even more disturbing is the government's attempt to shut down the environmental assessment hearings. As is this government's practice, it seeks once again to tar its opponents. But they will not back down:

Sierra Club of Canada Executive Director John Bennett accused the government of engaging in an unprecedented effort to damage the credibility of the “mainstream” environmental movement.

Of the Northern Gateway hearings, Bennett said, “People are just exercising their democratic right to be heard on an issue that will impact all Canadians, present and future. The purpose of an environmental assessment is to ask tough questions and hear the answers. Why does Mr. Oliver so strongly object to this? Do we no longer live in a democracy? Do our citizens no longer have the right to ask tough questions and express their opinions?”


Bob Rae argues that the government's tactics are tantamount to interfering in a law case. But, as the recent passage of the bill to abolish the Canadian Wheat Board proves, the Harperites believe that the law is an ass -- unless they make the law. Oil is this government's lifeblood.

Living in northern BC, we are paying special attention to the assessment. The rhetoric, especially from the supporters of the pipeline is heating up exponentially against us "latte liberals." It gives me a little hope though; if the need is there for increasing ad hominem arguments, the company and the government must believe it's not a shoe-in.

This will be interesting; our provincial government could quite likely fall over this (the feds don't care as BC is a pimple on its a-- ).

Truth be told, Chris, sixty percent of the voters in this country are a pimple on the government's a--.

The only way to stop the juggernaut is sustained and unified opposition to the program. Harper's strategy is to divide the opposition -- in Parliament, or among the provinces.

There are somethings which threaten us all. The pipeline is one such hazard.

Fossil fuels are, from a certain point of view, "the lifeblood" of modern civilization. The amount of energy packed into a small amount of oil or gasoline is amazing. To quote Thomas Homer-Dixon, from his book The Upside of Down: "Of these [fossil fuels], oil is truly special, which is why it's called black gold. It packs a huge amount of energy by volume and weight: three large spoonfuls of crude oil contain about the same amount of energy as eight hours of human manual labor, and when we fill our car with gas, we're pouring into the tank the energy equivalent of about two years of human manual labor" (pp.82-82, from the Chapter entitled "So Long, Cheap Slaves")*

The usefulness of fossil fuels (and the dangers of using them as we have been using them) is something we all must recognize and deal with. A wealthy, pro-oil, anti-science lobby is trying (with some success) to prevent action on climate change.* The Harper government is playing an important role there.

Perhaps it is not so much oil that is the lifeblood of the Harperites (and their intellectual kin)... perhaps their lifeblood is money from certain elements of the fossil fuel industry.

Wanting to know where anti-oil sands money is coming from is a legitimate concern... as is wanting to know about where pro-oil sands money is coming from. Even better is also knowing more about why money is being spent on both sides. Follow the money. Follow the money to its sources, and follow the reasoning (and interests) behind the spending of those sources. An honest inquiry might be... illuminating.

*I don't mean to suggest that there is a vast conspiracy. Money is being spent on both sides. In fact... there are probably more than two sides. The issue is complex. There are many people and groups with many different interests involved in this.

The environmental assessment should (or at least could) reveal the financial sources behind this fight.

Unfortunately, as in the Citizens United decision in the United States makes clear, big money is working very hard to cover its tracks.

And, if the Harper government gets its way, it will cover those tracks.

There is "foreign money" on both sides of the Northern Gatway pipeline debate. It is not what will determine the outcome. The First Nations people will have the final say. They will be bribed and if that does not work the personal attacks will begin on them as anti Canadian, ignorant backward people. The Federal government may even try to take their rights away in order to get the pipeline completed. There will be nasty times ahead.

As if enough hasn't been done to destroy our first nations, Philip.

One can hope that they possess some leverage. But, as in the case of Attawapisikat, they've been given the short end of the stick -- and the leftovers of the land -- for a long time.