A Passion For Politics 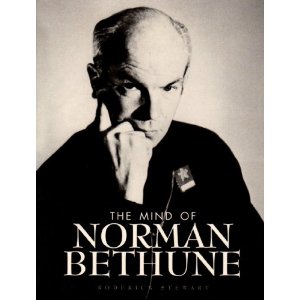 There has been a lot of talk over the last couple of years about reforming Canada's democratic institutions -- electing the Senate, moving to proportional representation, and cleaning up Question Period. Changing all that machinery might make things better. But, as Robert Asselin points out, none of those changes carries a guarantee:

We could do all this. And probably solve some of our problems at the margin.
But it won’t make our politics better.
It won’t produce statesmanship.
It won’t empower us as fellow citizens.
As such, these institutional reforms won’t bring more civility and substance into the public discourse.


For none of those reforms solve our real problem -- which is civic apathy. What Canada desperately needs is an engaged citizenry. Asselin continues:

In a recent iPolitics column, Allison Loat, who leads the wonderful initiative called Samara, wrote that “Canada needs to cultivate more political citizens”. I think it captures the essence of our challenge. We can’t afford to see politics as something that belongs to a few insiders. We can protest – and we certainly should when it is needed – but what about occupying the vehicles that can make change happen, namely the political parties? We can also create new ones if you we don’t like the ones we have.


Some of us, myself included, have wondered when Stephen Harper will reach the tipping point -- when the citizens of this country will rise up and say with one voice, "we have had enough." They did it with Brian Mulroney. They did it with Chretien and Martin. But, so far, they have grumbled and remained passive during what Lawrence Martin has called a "year of moral bankruptcy."

As  long as we are willing to take it, Stephen Harper will be more than willing to dish it out. Canada needs citizens who have a passion for politics -- people, for instance, like Norman Bethune.
Posted by Owen Gray at 9:01 am

But... 60% of voters have "risen up" and said that "we have had enough". Proportional representation would lead to very different governments. It would mean that any one party couldn't control the entire country with less than 40% of the popular vote (unless more than 50% of the voters agreed with them). It would force multiple parties representing multiple points of view would have to work together and compromise. In the recent past, the Bloc Quebecois was a significant chunk of MPs, and the Green party had no MPs, even though the Greens had about as much (or more) support as the Bloc.

I agree that's it's time for proportional representation. But getting there from here won't be easy. That's why I believe Nathan Cullen's suggestion of an alliance between the NDP and the Liberals in the next election is a good idea.

It would, in effect, give proportional representation a dry run. The results could convince enough Canadians to change the system.