A Long Way To Go 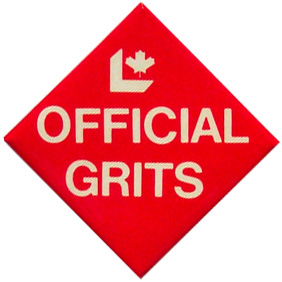 After the last election, Peter C. Newman wrote an obituary for the Liberal Party. Some of us thought it was premature -- if only because a week is a long time in politics. The coming Liberal convention will allow us to have a peek inside what Stephen Clarkson once called "The Big Red Machine" to determine how much life is still in the party.

Robert Silver writes in The Globe and Mail that those who expect the old party to rise like Lazarus after the convention will be disappointed. It's not that there aren't important changes needed to the Liberal constitution. And the proposal to abandon the monarchy is bound to generate some heat. But, Silver writes,

We still need to develop a new, coherent policy proposal for Canadians that is very different from the one we have put forward in the past. We still need to decide what our new voter coalition looks like. We still need a new leader who’s economically literate, has a clear plan for the party and the country and can dedicate 15 years to the job. In other words, while small progress has been made since May, most of the really tough decisions and trade offs remain. None of that was ever going to happen at this biennial.


The one thing that Liberals have in their favour is time. Unfortunately, Stephen Harper can -- and will -- do a lot of damage during that time. But for the first time in a long time, the Liberals do not have to prepare for an election. If they are wise, they will use their convention to lay out an action plan which will accomplish what Silver says needs to be done. There is still a long ways to go.
Posted by Owen Gray at 8:52 am

I know I am assaulting a deceased equine here but there is absolutely nothing that indicates that the Liberal Party is planing to abandon its basic neo-liberal economic strategy which means that it will still have little to distinguish it from the CPC. It is not that the LPC doesn't stand for anything, but what it stands for is so little different from the government which they claim to oppose with such vehemence that they appear to have no real motivation to exist. I would be glad to be proved wrong on this issue but I just see no sign of it. They still harp on lower taxes and have never suggested that there is any reason to seriously address media concentration and corporate power. The LPC is not dead because of mistakes or lack of leadership. The LPC is dead because with the existence of the CPC it is simply superfluous.

The Liberals will do themselves no good if they confuse Liberalism with Libertarianism, Kirby. The latter is what is really driving Stephen Harper's agenda.

Their future lies in a carefully defined vision of social democracy -- and, of course, they will be competing with the NDP, which has abandoned its strong socialist foundation.

So the Liberals have a tough row to hoe. However, I suspect that Bob Rae is right when he says that the Liberals future runs through Quebec.

The Conservatives have abandoned the province. But it's there that the real battle between the Liberals and the NDP will take place.

I worry that vested interests will lobby and bribe a strategic majority of the electable politicians. It doesn't matter if it's Conservative, Liberal, or even an NDPer. Nothing prevents the FIRE industries and the oligopolies/monopolies from doing this at the federal level, and the real estate industry from doing this at the municipal level.

Unfortunately academia (especially the poli sci and economics departments) have been coopted, and the mainstream media is a very subtle propaganda piece for the same vested interests. When Harper and his band of neo-feudalists inevitably crashes and burns, we'll see the emergence of dashing, "charismatic", business-savvy, reform-minded Liberal and Deeper candidates.

We've seen the traditional left-leaning parties in Europe and the US being bought out this way.

It's tragic that campaigning has become so reliant on big money. There was a time when retail politics made a difference. Knocking on doors was more important than ad buys.

Mr. Harper knows how the landscape has changed. That's why he's getting rid of voter subsidies.

Unless big money is banned from politics -- or politicians reach nirvana and can't be bought -- we're in for trouble.

And that's trouble with a capital T.