So Much For Republican Populism 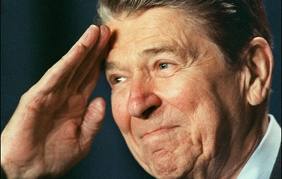 When the Tea Party surged to the polls two years ago, some commentators saw a right wing populist movement taking control of the Republican Party. But E.J. Dionne writes this morning that the race for the Republican presidential nomination proves what has been the case for a long time -- big money is in the driver's seat:

The power of big money has been amplified in this campaign by the super PACs let loose by the Supreme Court’s Citizens United decision and lax regulation.

You cannot watch the morning news shows in South Carolina without confronting an intricately confusing blitz of ads, some paid for by candidates, others by the supposedly independent PACs. One kind is indistinguishable from the other.


What is different about his year's campaign is that Republicans are breaking Ronald Reagan's eleventh commandment : Never speak ill of a fellow Republican:

Rick Perry’s backers take on both Newt Gingrich and Rick Santorum. Ron Paul assails Gingrich and Santorum, too. Romney’s supporters have piled on with ads against Gingrich. Gingrich flicks aside Santorum and Perry with faint praise in his speeches, as he did at an event here on Tuesday night, maintaining that “the only effective vote to stop Mitt Romney is Newt Gingrich.”

The end result is that the Republican Party in 2012 looks distinctly unsavoury. They seem bent on their own destruction. Unlike the man they idolize, none of the candidates project a sunny disposition. There is no Republican populist movement.  It is no longer "Morning in America."
Posted by Owen Gray at 9:20 am

The Republican candidates are an intellectually dismal lot. If I was a conservative, I would be truly embarrassed. They are either terribly ignorant on so many things or they lie so they can appeal to the most ingnorant of the American people. In either case such "leaders" would, and do, drag a nation into an unnecessary war. Their knowledge and attitude toward Iran is a good example. Iran does not have a military nuclear program. No intellience agency in the US or Israel has evidence that such a program exists. Here is an article by the very knowledgeable historian Juan Cole http://www.juancole.com/. (If you do not read his blog, I recommend it. I read it every morning.) When I hear Harper joining the "piling on" saying Iran scares him, it just shows that he has no independent thought of his own on this issue. He likes to pretend that Canada can play with the big boys militarily. He would have had us in the Iraq War and I am sure would welcome another tragic war with Iran, for the military glory of Canada.

What's truly remarkable about conservatives these days -- on both sides of the border -- is how intellectually dead they truly are, Philip.

They repeat the same mantras which they have been repeating for thirty years -- even though it's obvious that things have not worked out as they predicted.

For a man who is supposedly brilliant, Stephen Harper sounds like a broken record.

He could easily talk himself into a new war.