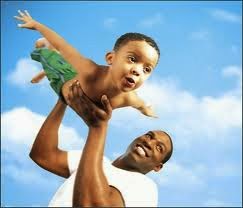 In the wake of Mitt Romney's eight vote win in Iowa, Maureen Dowd offers a column on the volatile relationship between fathers and sons: "American politics," she writes,"bristles with Oedipal drama:"


Mitt Romney appears to be haunted by the ghost of his father -- a good man who made the mistake of admitting that he had been "brainwashed" by propaganda on Vietnam. Whatever the younger Romney's faults, being brainwashed does not appear to be one of them. His real problem seems to be adhering to the party line.

Then there is the case of George H.W. and George W. The jury is still out on their legacies. But historians will surely note that both men had their own Iraq Wars. There is also the case of Al Gore Sr. and Al Gore Jr. Both Gores rose to become senators from Tennessee. But Junior almost became president, winning the popular vote but losing in the electoral college.

Bill Clinton and Barack Obama did not have to deal with political fathers -- however, they both lost their fathers early; and both had to adjust to stepfathers.

Even though Mitt is far more conservative these days than his moderate dad, he loves talking about his parents on the trail, recounting the time they took him in the Rambler for a cross-country drive to see monuments. He has called his dad “the real deal” and the definition of “a successful human” and explained his political ambition as “a family gene.”


It's undeniable that some fathers cast long shadows. Whether -- in the case of political candidates -- that's good or bad is surely a legitimate topic for debate.