So Much For Senate Reform 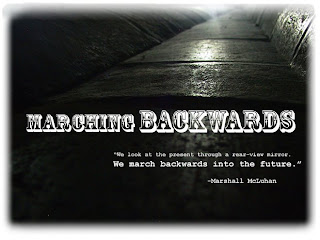 "The Upper House remains a dumping ground for the favoured cronies of the prime minister," a righteous Stephen Harper proclaimed back in 2004.  As is always the case with this prime minister, it is instructive to compare his past statements with his present practice.

His recent Senate appointments provide yet another lesson in just how principled a leader Stephen Harper is. Stephen Mahar reviews the newest members of the chamber of sober second thought.  Harper appointed Norm Doyle who:

wisely opted not to run in the 2008 election after voting with Harper and against his province on the Atlantic accord. The Senate appointment is his reward for voting against the clear wishes of the people who elected him, which is exactly the sort of thing that used to send smoke pouring out of the ears of the Reformers who pushed so hard for an elected Senate.


The same pattern applies to most of the other new arrivals:


He appointed campaign manager Doug Finley, fundraiser Irving Gerstein and spinner Carolyn Stewart Olsen, where they can help him behind the scenes while we pay their salaries.


So much for Senate reform. But then again, "reform" for Stephen Harper has always meant marching backward.

I agree. But the Senate has always [or at least... has for a very long time] been a "dumping ground for the favoured cronies of the prime minister."

I once read an article suggesting that this was a good thing: some elites need to be dumped... and a senate appointment is the best place to dump them, given the circumstances.

I agree with the first part of that... but not the second. I'm tempted to agree with the NDP: abolish the senate completely. I'd hate to see the senate turn into another house of commons, filled with people elected in exactly the same way (single member districts). Perhaps having a separate, elected upper chamber with proportional representation would be interesting (and more democratic). I doubt that serious senate reform (the sort of reform that would enhance our democracy) is possible given the current circumstances. And I include previous liberal governments in "the current circumstances." The senate is probably one of those things that, however much you might hate it, is nearly impossible to give up once you've got it. Perhaps an analogy to cigarette smoking is in order....

I think the most plausible option at the moment is to eliminate the senate and bring some form of proportional representation to the Commons.

I think it would be great to have a chamber or two in our legislative system chosen by lot. THAT would be democracy (if you could get a large enough sample of the population).

The health of any democracy depends on having a large sample. The Harper government has been quite cynical in its attempt to make that sample smaller.

As for the Senate, I agree that it will probably remain the way it is. My point is that, after five years of Mr. Harper's stewardship, it's clear that there is a wide gap between what the man says and what he does.