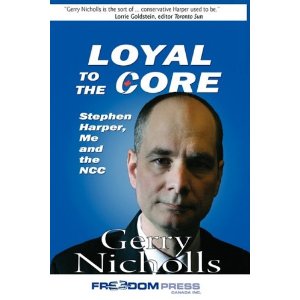 In this morning's Globe and Mail, Gerry Nicholls takes on critics of the recent National Citizens Coalition ad attacking Bob Rae. He complains that our laws:

impose severe legal restrictions on how much money citizens or independent groups can spend on “political advertising” during federal elections.

In short, it’s a gag law that makes it virtually impossible for unions, environmental groups, church organizations, taxpayer advocates or any group or individual to effectively or freely express political opinions at election time – the most crucial period of any democracy.


Nicholls' position is essentially a carbon copy of the argument made by Citizens United in the United States. That argument -- upheld by the Supreme Court -- is that money is the equivalent of free speech; and any attempt to limit the amount of money directed towards political advertising is an attempt to limit free speech.

The consequences of that decision were readily apparent during the recent presidential primary in South Carolina. E. J. Dionne of  the Washington Post wrote:

You cannot watch the morning news shows in South Carolina without confronting an intricately confusing blitz of ads, some paid for by candidates, others by the supposedly independent PACs. One kind is indistinguishable from the other.


Nicholls would turn Canadian airwaves into a northern version of those in the Palmetto State. For him, there is no question of fairness. He is not worried about what happens when those who have the most money possess the biggest megaphone:

The point is, the political consequences of the ad should be irrelevant. Nor should it matter that the ad is negative. All that does matter is that the NCC, and indeed all Canadians, should have the right to engage in the political process through advertising, even if thin-skinned politicians don’t like it.


Mr. Nicholls misses what has become the central problem in Canada and the United States: Money has corrupted our politics.

Whether he's deliberately missing the point or is just such a hardcore shill for big money that he honestly believes his own rot is up in the air.

But either way it's irrelevant. He's an enemy of democracy.

Nicholls loyalty to Mr. Harper may, indeed, prevent him from seeing the perfectly obvious, thwap. He isn't the first to be so blind.

That said, it should also be obvious that both he and Mr. Harper are no friends of democracy.