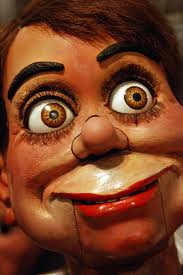 "Learning from experience," the American historian Barbara Tuchman wrote, "is a faculty almost never practised."  The truth of that claim is readily apparent in Canada. In fact, Stephen Harper is the incarnation of Tuchman's axiom.

In a report for the Centre For Policy Alternatives, David MacDonald examines three possible scenarios for government belt tightening. Unlike the Liberals in the early nineties, who travelled the country explaining how their budget cuts were going to be administered, the Conservative budget cuts are shrouded in secrecy.


But regardless of which scenario the government finally decides to follow, MacDonald estimates that some 60,000 public and private sector jobs will be lost -- with Ottawa and the Atlantic provinces being hit the hardest:

“Depending on the scenario, the national capital region could be hit hard — losing over 22,000 positions — followed by Atlantic Canada with its already high unemployment.”

The Harperites are intent on cutting jobs as the Canadian economy shows signs of slowing. Austerity is the only way forward for the Conservatives, who are -- by Tuchman's definition -- the epitome of wooden headedness:

It consists [Tuchman wrote] in assessing a situation in terms of preconceived fixed notions while ignoring or rejecting any contrary signs. It is acting according to wish while not allowing oneself to be deflected by the facts.


The Harperites have never based policy on facts. They have never started from the premise that you deal with the world as it is. They have always begun from their own ideal of the world as it should be. And, from their perspective, the world would be much better off with much less government. If that makes the world less fair, more violent, more poverty stricken -- well, that's the kind of collateral damage that people will have to live with.

When I was a child wooden headed puppets were very popular among the younger set. We called them dummies.
Posted by Owen Gray at 9:05 am

Oh, I think it's more than stubbornness on the part of Harpercons. It's not for nothing I have always found that today's Conservatives are plain evil.

I think Harpercons, Steve, even more so are completely aware of the damage he'll cause by cutting all those jobs. It's more than they simply don't care-- I think, Steve Harper, most of all is such a miserable individual that he is intent on inflicting it on the country at large. I honestly think that Stephen Harper gets off--perverse pleasure in watching mass suffering.

That blunt enough? I've decided to keep it simple these days. Why? Because it is. No heavy analysis here; none is required.

I have to agree, ck. I don't read Stephen Harper as a complicated maze.

When he says that he will not deliver surprises to Canadians, I think we can take him at his word. He signaled these changes long ago.

What is surprising is that Canadians have let him get away with it.

Certainly, a divided opposition has made Harper's progress possible.

Shouldn't that photo of the wooden head also have a long, long, and growing nose? - a nose getting longer by the day?

I just stopped by from ChrisJ's blog, and you have made me smile! I have been watching the Republican "dummies" lately while they tear at each other, effectively doing the Democrats' job for them. Politics is politics, eh?

Absolutely true, Judie. And, given that our prime minister has made no secret of his admiration for the Republican Party, there really is nothing surprising here.